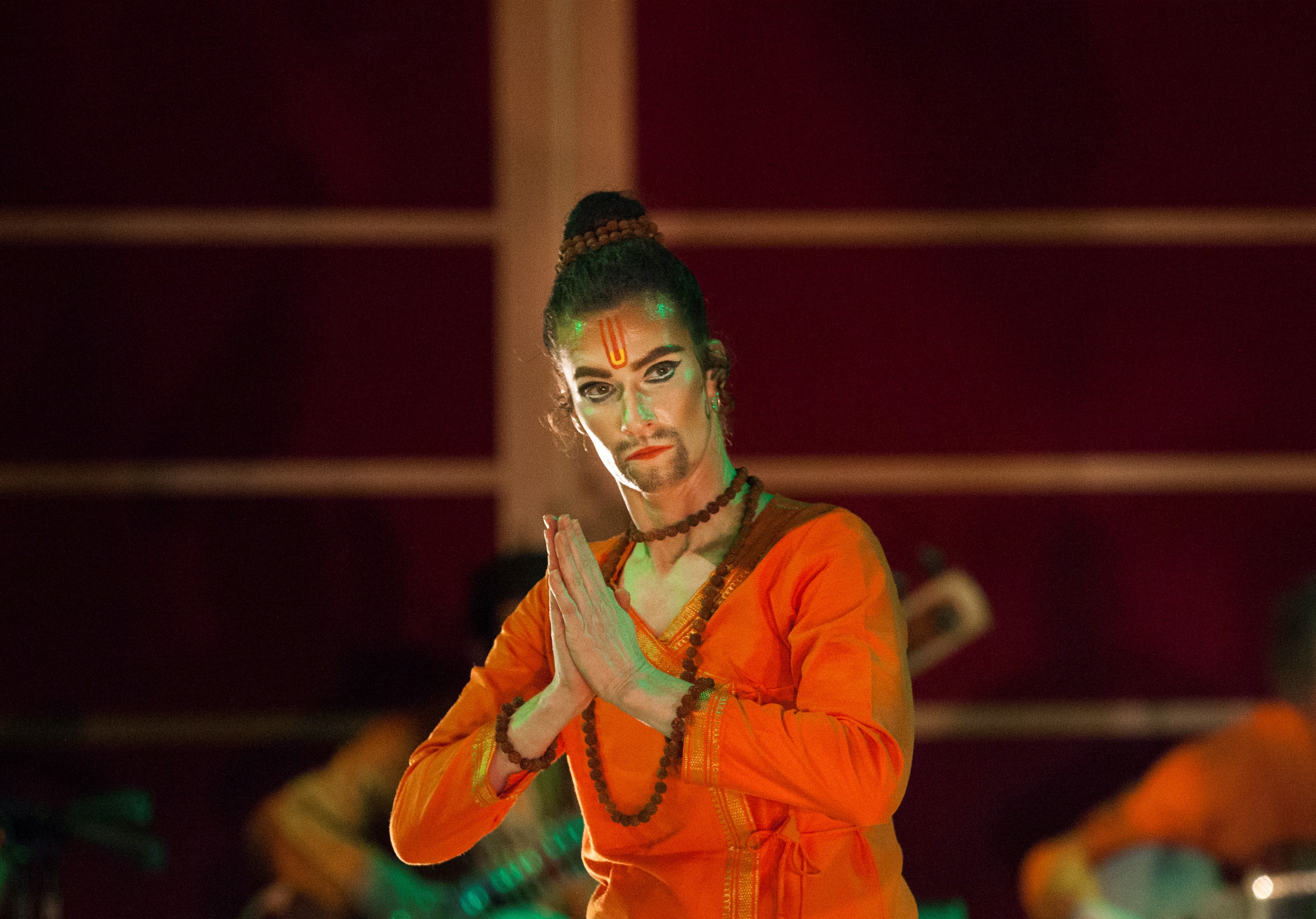 "You are the Masculine; You are the Feminine": Becoming the Character in Kathak Dance, by Sarah Morelli

Over 45 years based in the United States, Pandit Chitresh Das (1944–2015) developed what is now called the “California ghanara” (school) of North Indian kathak dance. Marked by vigorous footwork and swift turns accompanied by singing and recitation, his signature style raised the physical standard of the dance to new heights. The athletic nature of his performances was consistently read as unapologetically, powerfully masculine, as demonstrated in article headlines such as “A Hurricane-Force Explosion of Artistry” and the “Mohammad Ali of Kathak.”

Among the generations of his disciples, those now teaching and performing professionally are all female. Pandit Das’s style of dance, once portrayed as “virile, explosive, [and] volcanic” was altered in transmission to current performers—today privileging “certain types of alignment, synchronicity, and clean movement,” and drawing on feminine ideals of power that differ significantly from the types of patriarchal femininity practiced in some kathak communities in India. This presentation examines performances of masculine and feminine characters by Pandit Das’s US-based disciples and the techniques and meanings of this gendered movement.

Sarah Morelli is Associate Professor and Chair of Musicology/Ethnomusicology at the University of Denver (Ph.D. Harvard, 2007). Active as a scholar and performer, her work draws on training with Hindustani music maestro Ali Akbar Khan (voice and sarod), with renowned kathak dance master Pandit Chitresh Das, and with noted disciples. Author of A Guru’s Journey: Pandit Chitresh Das and Indian Classical Dance in Diaspora (University of Illinois Press, 2019), she is currently co-editing the volume Music and Dance as Everyday South Asia. Sarah is founder and artistic director of the Sureela Academy of Kathak in Denver, Colorado and is a founding member of the Leela Dance Collective. Her kathak performances have included full solos and leading roles in productions in U.S. and India, at venues such as Mumbai’s Royal Opera House, LA’s Ford Amphitheatre, and Philadelphia’s Kimmel Center. She currently serves on the Boards of the Society for Ethnomusicology, the Society for Asian Music, and the Chhandam Chitresh Das Dance Company.