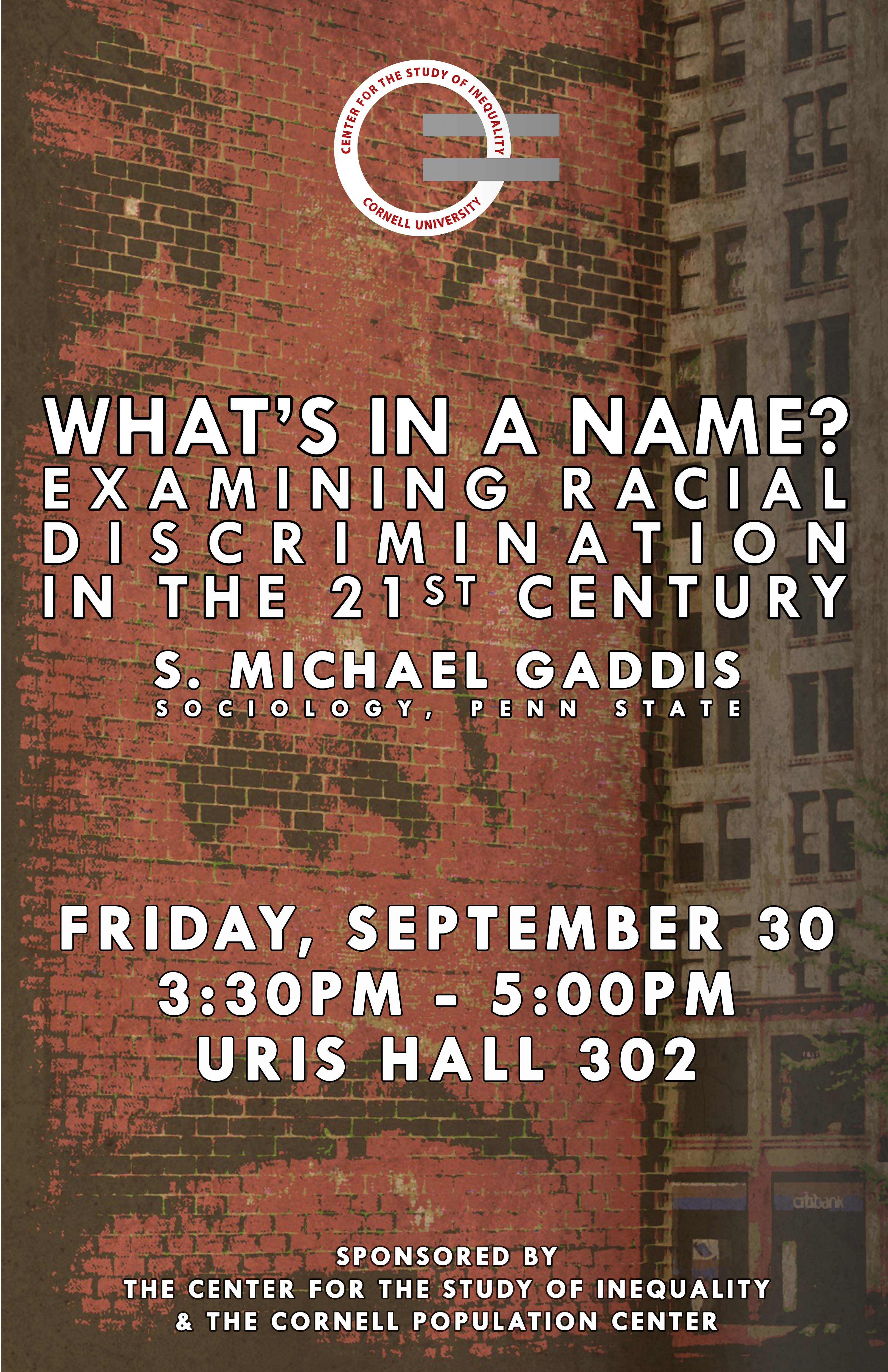 What’s in a Name: Examining Racial Discrimination in the 21st Century

Modern social science evidence of racial discrimination stems mostly from a type of field experiment known as an audit study, which matches candidates on all characteristics except race to examine racial differences in outcomes.  Although this research uses distinctive names (e.g. Jamal Washington) to signal race, less than 1 out of every 5 studies scientifically examines any relevant data regarding the perceptions of race from names.  Different names treated as black (or white) may be perceived in heterogeneous ways.  Moreover, the rate at which individuals perceive a name as black or white may explain variation within previous audit studies of racial discrimination.  If the names that researchers select to convey race are poor signals, we are very likely to underestimate true levels of racial discrimination.  To highlight this issue, I begin by presenting evidence from two of my recent correspondence audit studies on housing and employment.  The results suggest that name selection appears to influence outcomes.  Next, to examine the effects of name perception and selection on social science measurement of racial discrimination, I combine four data sources: New York State birth records, U.S. Census data, an original survey experiment, and a meta-analysis of prior audit correspondence studies.  In the survey experiment, I ask respondents to identify the race they associate with a series of names, altering the names each respondent is given, whether last names are included, and whether those last names racially match the first name they are given.  The results suggest that names more commonly given by highly educated black mothers (e.g. Jalen and Nia) are less likely to be recognized as black than names given by less educated black mothers (e.g. DaShawn and Tanisha).  These differences in the racial perception of names predict within-study differences in response rates from employment, housing, and other audit studies conducted in the U.S. in the past decade. The results suggest that a large body of social science evidence on racial discrimination operates under a misguided assumption that all black names are alike and instead the findings from audit studies are likely extremely sensitive to name selection.