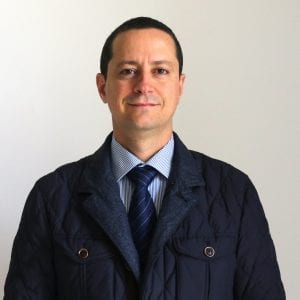 In this talk, we will present an orthographic and lexical analysis of three of the first printed documents in Papiamentu, a Portuguese-based Creole spoken in Curaçao: Prefecto Apostolico di Curacao na Cristian di su mision and Catecismo Corticu, both by M. J. Niewindt (1833, 1837, respectively), and Kamiena di Kroes, by J. J. Putman (1850). Our goal is to show that, even though two contemporary Dutch missionaries wrote them, the texts display significant variations, suggesting a quest for an orthographic standard in Papiamentu's earliest stages.

However, these orthographic standards were divergent. On the one hand, Niewdindt's Prefecto Apostolico and Catecismo contain a Hispanicized etymological orthography. On the other hand, Putman's Kamiena shows some influence from Dutch orthography. Consequently, we defend that both writers tried to establish unique orthographic systems for Papiamentu, forming the basis for the models that would end up as the official standardization of the language at the end of the twentieth century. Nevertheless, using a more Hispanicized orthography or one influenced by Dutch reflects its author's world view on Curaçao and the Netherlands as a political unit. At the same time, these two missionaries were able to propose innovations regarding methodology, objectives, recipients and pedagogical strategies that affected profoundly that society. To analyze the convergent and divergent characteristics of the Niewindt and Putman orthographies, we concentrate on the formal relationships between the graphemes in the texts. Our second objective is to study the lexicon of these documents and evaluate the degree of Iberian or Dutch influence on Papiamentu. From the socio-historical viewpoint, in the context of the nineteenth century Curaçao, Niewindt and Putman were living under an increasing influence from The Netherlands, as the influence from Iberia was fading away whilst Curaçao was also becoming more relevant to the Dutch state. However, Curaçao's society remained divided, marked by the scourge of slavery. It should be understood that within the segregated system in Curaçao in the eighteenth and nineteenth centuries, the Jews and the Calvinists neither obliged nor permitted slaves to follow any Jewish or Calvinist rites. Therefore, the Catholic religion practised by slaves was closely linked to their language, Papiamentu (Lampe 2002: 110-3). Thus, we consider that the lexicon of the three texts in Papiamentu is principally Iberian, with an irrelevant number of items of Dutch origin. Hence, the influence of Catholicism on Curaçao was also a linguistic one.

Free and open to the public virtually via Zoom