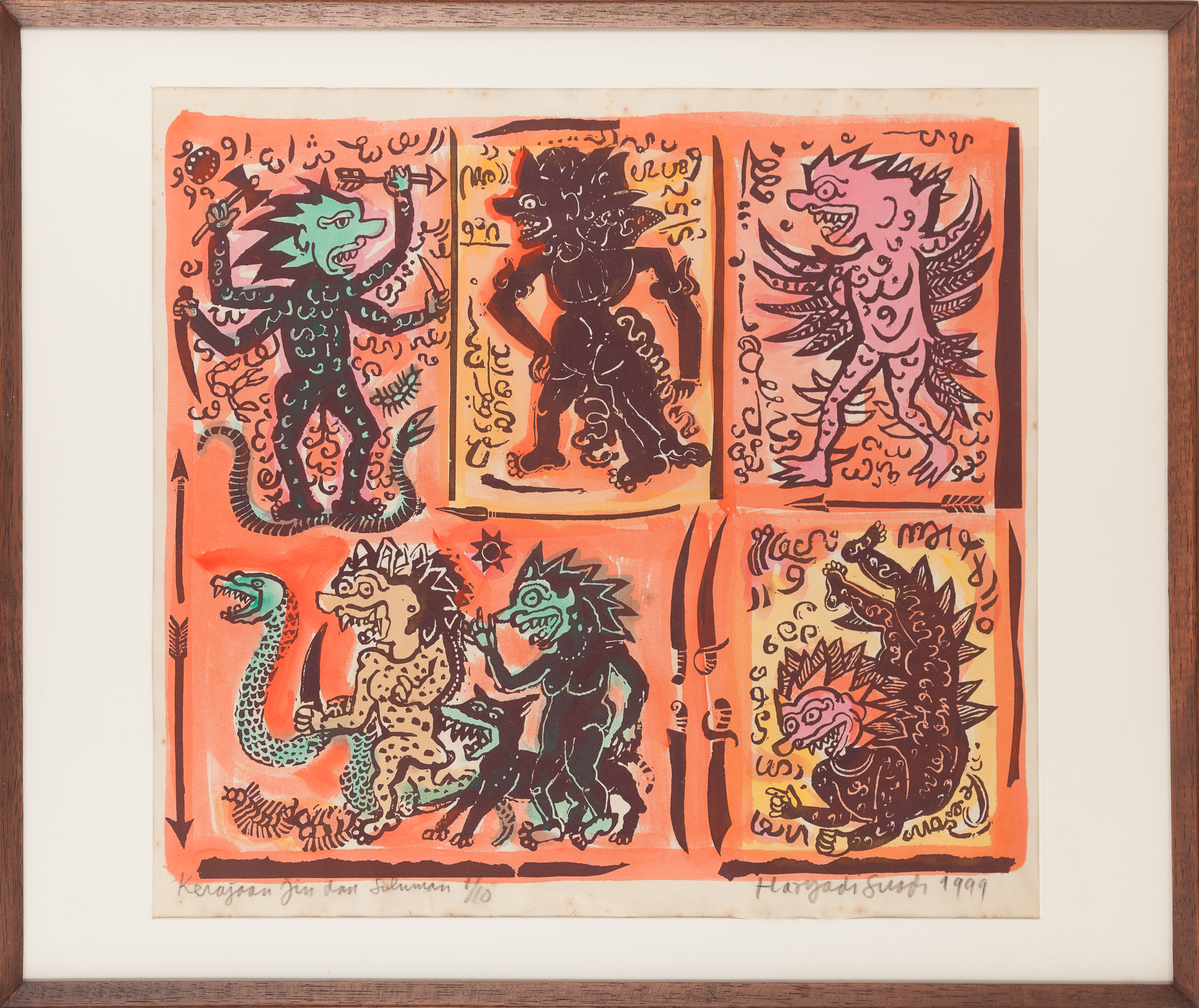 [CANCELLED] Tulisan Jawi: Decolonizing the “Modern” and the “Islamic” in Indonesian Art

This event has been cancelled, and the paper will be released as an article in SEAP's Fall 2020 Bulletin.

On scattered, typed-up notes for an article or a talk in English, Ahmad Sadali (1924-1987) expressed his observation on the conditions that hindered the development of seni rupa Islam, or Islamic art in Indonesia. Sadali identified that the loss of Arabic and its permutation of jawi as a writing script due to the colonial education system contributed to removing Islam further from the consciousness and daily practices of the people, intellectuals, and artists in Indonesia. Tulisan Jawi or jawi script is a localized writing system derived from Arabic that circulated in many parts of the Indo-Malay Archipelago. Jawi is the evidence of the adaptability of Islam and transmutability of Arabic script, and their profound influence in the archipelago since before the fourteenth century. In this paper, I will focus on the works of four artists: Ahmad Sadali, A.D. Pirous (b. 1932), Haryadi Suadi (1939-2016), and Arahmaiani (b. 1961), who explore the textual and artistic capacity of jawi in their contemporary artistic practices since the 1970s. I argue that each of the artists’ methods and convictions have the potential to decolonize not only the practice of art-making but also the transmission of knowledge by reclaiming the tradition that was severely marginalized by the Dutch colonial education in the nineteenth and twentieth centuries. Furthermore, the artists’ engagement with jawi brings to the fore distinct memories and experiences as each proposes their heterogeneous reinterpretations of the notions of becoming “modern” and “Islamic.”