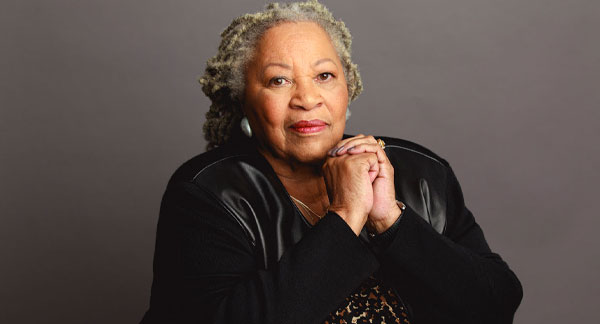 Toni Morrison: The Pieces I Am

Editor, teacher, essayist and Pulitzer and Nobel prize-winning novelist, Toni Morrison is also touted as a "Cornell writer" having received her MA from Cornell in 1955.This "remarkable documentary... does so many things so well that it's often like watching several fine films at once.... To have the towering Morrison, now 88, willing to face your cameras-head on, in fact-and tell her story as candidly, heartily and humanely as she does here, is a singular gift that keeps on giving throughout the film's two captivating hours." (LA Times)"The Morrison work that emblematizes the film's approach, then, isn't so much one of her acclaimed novels, but The Black Book, a 1974 anthology Morrison edited in her role as a senior editor at Random House. As described by Morrison and other interviewees in the documentary, the book collects written and graphic work from the history of black life in America, seeking to fill in the gaps in the master narrative of American history. The purpose of The Black Book was to capture the good and the bad of the amorphous assemblage often referred to as "the" black experience, and similarly, The Pieces I Am aims to craft a portrait of the most significant black author of the last half-century without reducing her to âthe' black author, the sole voice for African-Americans in an overwhelmingly white canon....The film roots Morrison's ability to imagine and inhabit such an expanse of feelings and experiences not only in her sharp mind and democratic sensibility, but also in the way her life story itself is woven from the contradictory strands of 20th-century black life: from the Jim Crow South to an integrated town in the industrial North, from a historically black university to the overwhelmingly white and male environs of Random House." (Slant)website: tonimorrisonfilm.com

It was an emotional, moving experience. I had watched it with other scholars of color, and it did Morrison so much justice.