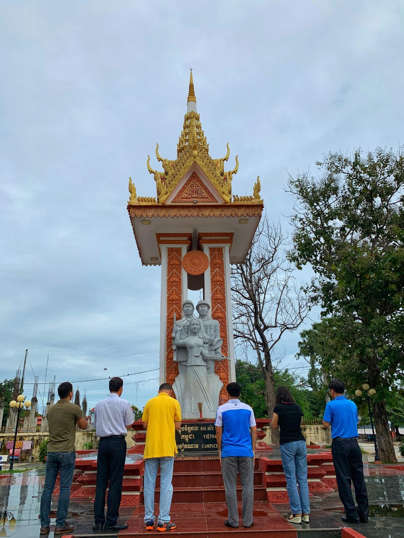 My dissertation draws upon research in Vietnam’s National
Archives Center III, Ministry of Foreign Affairs Archives, the
National Library, and the Military Library; the Cambodian National
Archives; the British National Archives; the American National
Archives Center II; the Ford, Carter, Reagan, and Clinton Presidential
Libraries; the French Ministry of Foreign Affairs Archives; Cornell
University's extensive collections on East and Southeast Asian texts,
particularly its Chinese, Vietnamese, and Cambodian collections; the
Australian National Archives; as well as numerous interviews. I argue
that in the aftermath of the Second Indochina War (Vietnam War) in
1975, Vietnam’s efforts to integrate itself into the economic fabric
of the non-Communist global market were met with enthusiasm by the
Association of Southeast Asian Nations (ASEAN) and rekindled hopes of
regional integration for the first time since the arrival of the Cold
War in the region in the 1950s. But this nascent regionalism was
interrupted by the outbreak of the Third Indochina War following a
series of misunderstandings and miscalculations between Vietnam,
China, and the Khmer Rouge leadership, which led to a renewed
political rupture between ASEAN and the Indochinese states. Yet, the
process of resolving the Cambodian crisis itself united the ASEAN
countries and solidified the norms and institutions that would later
allow for the revival of a more robust regional integration after the
war. My narrative highlights the role of epistemic communities in
helping the Indochinese states redefine their national interests and
policies in a period of crisis, resulting in ASEAN’s rapid post-Cold
War enlargement and transformation into the indispensable host of the most important Asia-Pacific security and economic fora. In situating
my work at the intersection between the International Relations debate on the nature and driving force of regionalism and the historical
debates surrounding the Cambodian Genocide and the Third Indochina War, I hope my research will attract a wide audience of scholars,
practitioners, and the interested public.