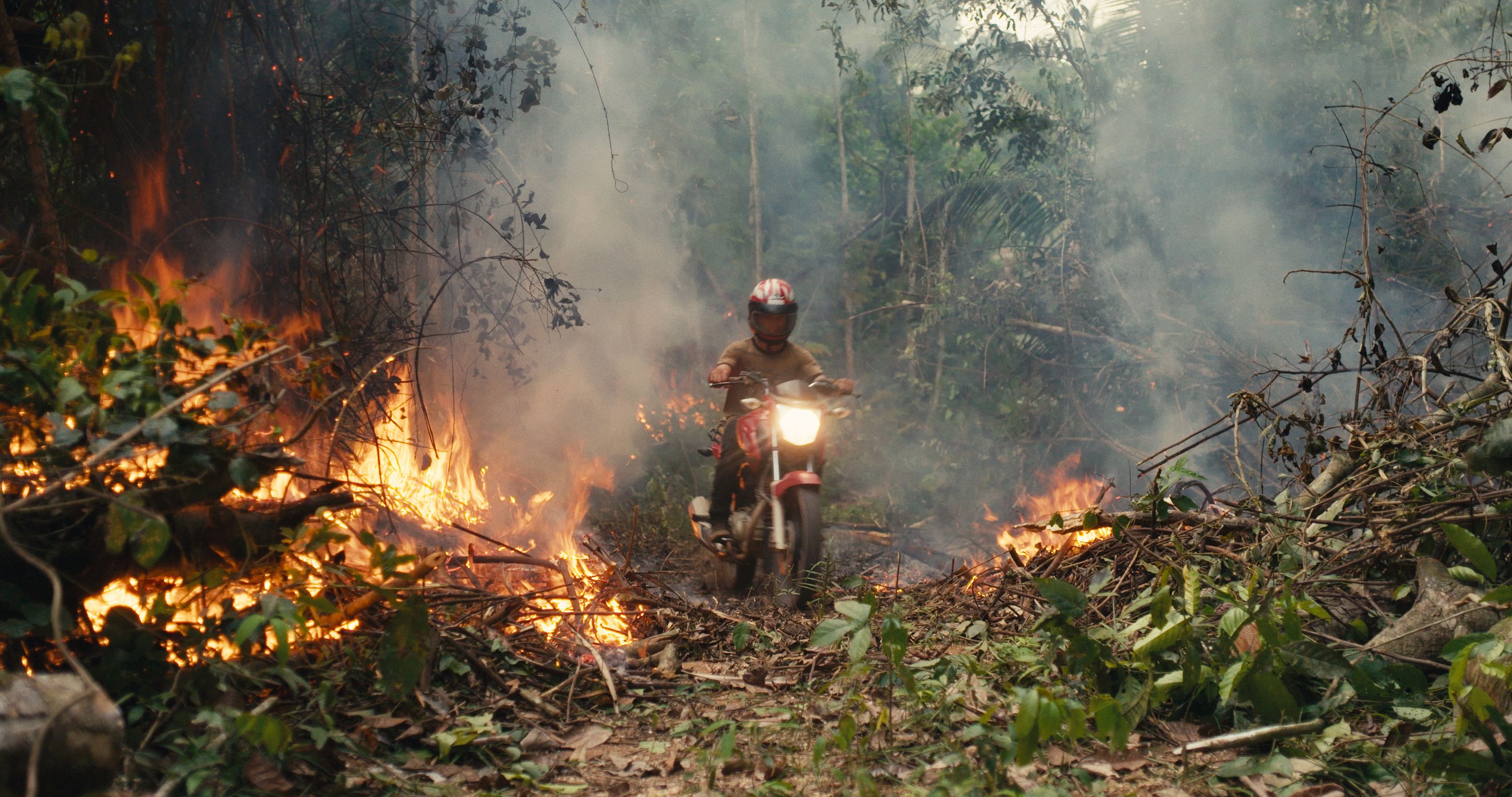 Check out the trailer below.

Pizza will be served. Showing will begin right away.

Co-sponsored by the Latin American and Caribbean Studies Program (LACS) and the American Indian and Indigenous Studies Program (AIIS) along with collaboration by Cornell Cinema and the Office of the Vice Provost for International Affairs.

The feature documentary debut of director Alex Pritz (“My Dear Kyrgyzstan”), THE TERRITORY follows the vital, inspiring fight of the Indigenous Uru-eu-wau-wau people of Brazil to defend their land from non-Indigenous farmers intent on colonizing their protected territory in the Amazon rainforest. Co-produced by the Uru-eu-wau-wau community, the film draws on intimate access to both the Indigenous perspective and the farmers who want their land to chronicle a conflict that has profound implications for the survival of a people and the planet.

Partially shot by the Uru-eu-wau-wau people and filmed over the course of several years, THE TERRITORY offers an authentic portrait of an Indigenous community’s daily life and struggles. With its breathtaking cinematography showcasing the dramatic landscape and richly textured sound design, the film brings audiences deep into the precious ecosystem they are fighting to protect.

Since the Uru-eu-wau-wau were first contacted by the Brazilian government in 1981, their territory has become an island of green rainforest surrounded by denuded farms and ranches — the results of four decades of unchecked deforestation. The community has faced environmentally destructive and often violent incursions into their sovereign territory by nonnatives seeking to exploit the land. Illegal logging and land clearing incursions have become more frequent and more brazen over the years.

Inside Uru-eu-wau-wau territory, there are fewer than 200 people, including elders and children, to defend nearly 7,000 square miles of rainforest. On the edges of the protected lands, a network of farmers organizes to stake their claims through official channels, while individual land-grabbers begin clear-cutting swaths of rainforest for themselves. With the community’s survival at stake, Bitaté Uru-eu-wau-wau and Neidinha Bandeira — a young Indigenous leader and his female mentor — must find new ways to protect the rainforest from encroaching invaders. But rather than rely on others to tell their story, the Uru-eu-wau-wau take control of the narrative and create their own news media team to bring the world the truth.

More on the film at:

Film screening and speaking about the film by Will Miller, Producer