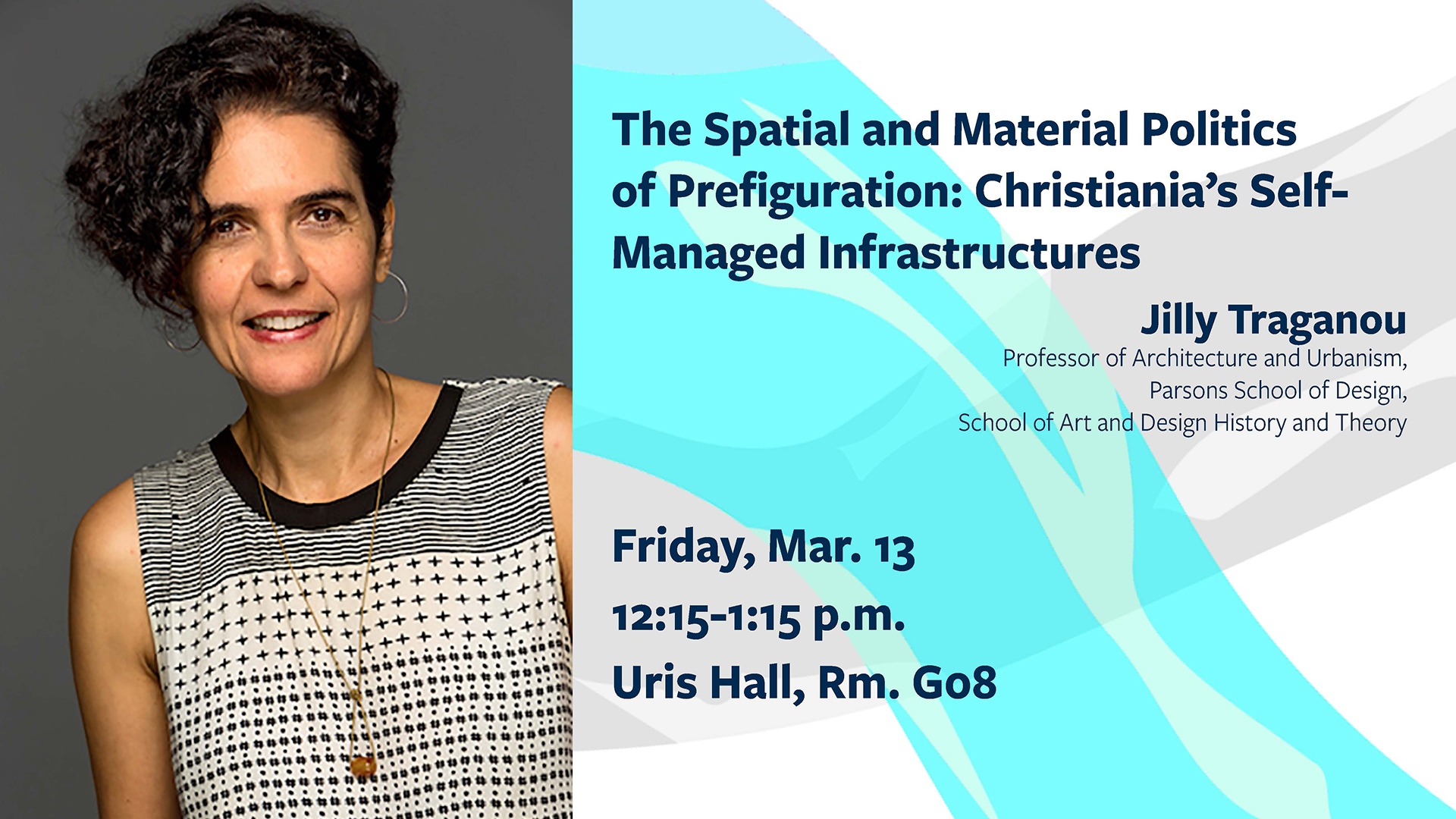 The Spatial and Material Politics of Prefiguration: Christiania’s Self-Managed Infrastructures

Jilly Traganou
Professor of Architecture and Urbanism,
Parsons School of Design, School of Art and Design History and Theory

Abstract:
Acts of political disagreement often oscillate between “talking truth to power” and using violence to express rage. Prefigurative politics are a repertoire of political action that presents a different form of resistance, dissenting through making. The processes of materiality, in which participants in prefigurative movements are involved, include the development of a differentiated, layered spatiality which establishes values and principles that are distinct from the surrounding world. They also include intensive acts of maintenance or affective labor, characterized in political economic terms as social reproduction. This presentation will examine the spatial dimension of prefigurative politics, by focusing on Christiania Free Town. Christiania is an autonomous district of approximately 1,000 residents, established in 1971 as a squat in a former military area of Copenhagen. Christiania's self‐government is based on assemblies and consensual decision-making. After a 2004 Danish law forced Christiania to change its status to a foundation, initiating the treatment of its members as individuals, a period of “normalization” began, signaling a transition from “insurgent autonomy” to “regulated autonomy” (Coppola and Vanolo). In my presentation I will ask questions about the role of participation, commoning, gender, expertise and commensality in the creation, maintenance and social reproduction of Christiania as a prefigurative political community.

Bio:
Jilly Traganou is Professor of Architecture and Urbanism at Parsons School of Design. Her publications include Designing the Olympics: Representation, Participation, Contestation (Routledge 2016); Travel, Space, Architecture, coedited with Miodrag Mitrasinovic (Ashgate 2009); and The Tokaido Road: Traveling and Representation in Edo and Meiji Japan (RoutledgeCurzon 2004). She is currently working on an edited volume titled Design and Political Dissent: Spaces, Objects, Materiality, to be published by Routledge this year. She is co-editor in chief of the journal Design and Culture (Taylor and Francis).

Professor of Architecture and Urbanism, Parsons School of Design, School of Art and Design History and Theory