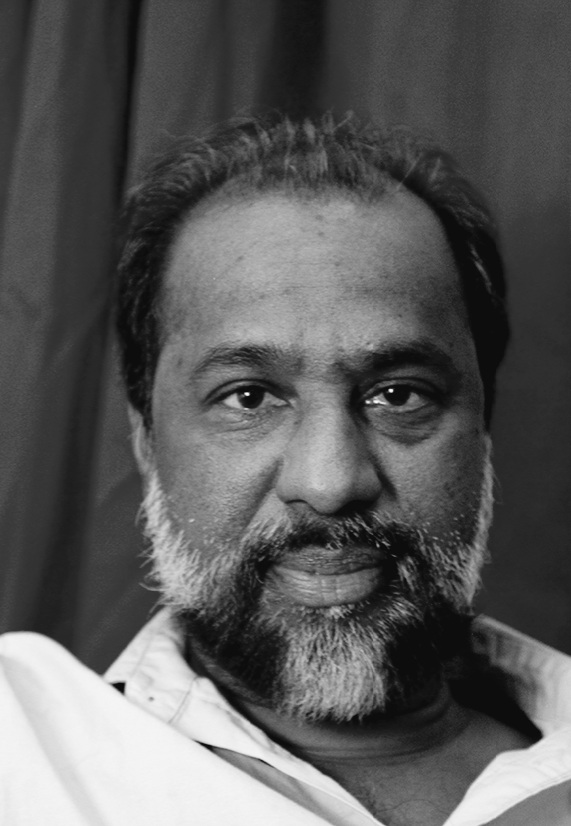 In this lecture and reading, Cheran will reflect on the important but ambiguous relationship with the sea from both personal and communal perspectives.  Drawing on and reading from his various poems about the sea and other water bodies, he will chart an alternative imagination for Tamil identities.

Dr. R. Cheran is Tamil Canadian academic, poet, playwright and journalist. He is a professor at the University of Windsor in Canada. He has authored over fifteen books in Tamil, and his work has been translated into twenty languages. Several volumes of his work have been published in English translation, including The Second Sunrise (Translated by Lakshmi Holmstrom, 2010), In a Time of Burning (Translated by Lakshmi Holmstrom and Sascha Ebeling, 2013) and You Cannot Turn Away (Translated by Chelva Kanaganayakam, 2011). His poems in English translation have also been published in numerous literary magazines, such as Bomb (New York), Modern Poetry in Translation, Many Mountains Moving, Exiled Ink, Mantra Review, and Talisman. His poems have been included in several anthologies, including Singing in the Dark: An Anthology of Lockdown Poems (2020), Many Roads Through Paradise: Sri Lankan Literature (edited by Shyam Selvadurai, 2014), and In Our Translated World: Global Tamil Poetry (edited by Chelva Kanaganayakam, 2014).

Cheran was the recipient of the International Poetry Award from ONV Kurup Foundation in Dubai in 2017. He has performed is poetry at various International Writers’ festivals in the United Kingdom, Singapore, the US, Indonesia, India, Sweden, the Netherlands, Canada, Ramallah, West Bank, Dubai and Mexico. His plays in English language have been produced and performed in Toronto, Canada, New York, Chicago and New Jersey in the US. Singapore’s modern dance group Chowk has produced and performed a dance play based on his poems titled “The Second Sunrise”. The Second Sunrise was performed at the Singapore International dance festival, and Washington’s Kennedy Centre for the Arts.

The Rabindranath Tagore Lecture Series in Modern Indian Literature is made possible by a gift from Cornell Professor Emeritus Narahari Umanath Prabhu and his wife, the late Sumi Prabhu. Inspired by Rabindranath Tagore’s expansive imagination, unbounded by geopolitical boundaries, the series has regularly featured prominent writers from across South Asia and its diasporas.