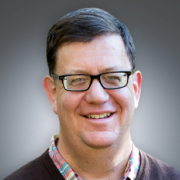 Bernard Williams drew attention to the phenomenon of moral remainders in “Ethical Consistency” and developed it further in papers on public and private morality. A moral remainder is a sense of regret or reluctance arising from the performance of an action that one has reason to do – not just a pro tanto reason, but the conclusion of deliberation about what one should do, all things considered. Lawyers do many things that are justified on the balance of applicable reasons (including those internal to the professional role and those arising from background moral considerations), but which a thoughtful and decent person would do only with a sense of regret or reluctance. Vigorously cross-examining a witness the lawyer believes is offering truthful testimony, in order to discredit the witness and support the client’s case, is one standard example. Most lawyers and some legal ethics scholars believe that a complete evaluation of such an action would be that it is legally and morally permissible and, moreover, that the lawyer should experience no qualms about performing it – metaphorically (and perhaps also literally) the lawyer should sleep well at night after conducting the aggressive cross.

I believe that our normative theories of legal ethics should not seek to eliminate moral remainders. The question remains, however, of the best way to understand how they arise. One explanation is that they arise from the incompatible demands of role obligations and background morality. A different explanation is that moral considerations of different kinds may arise within personal or professional morality. I want to explore the possibility that the distinction between the permissibility of an action and its meaning is an alternative explanation – and a more theoretically satisfying one – for moral remainders.