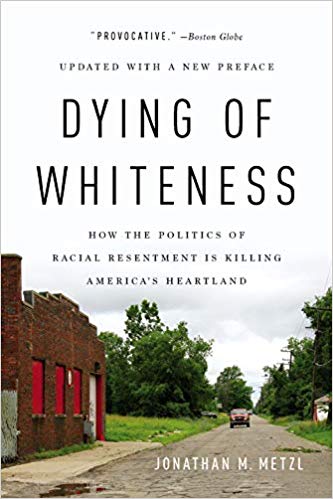 WE HOPE TO RESCHEDULE FOR SPRING 2021.

Metzl is the Frederick B. Rentschler II Professor of Sociology and Psychiatry and the Director of the Center for Medicine, Health, and Society at Vanderbilt University. A 2008 Guggenheim fellow, Professor Metzl has written extensively for medical, psychiatric, and popular publications. An expert on mental illness and gun violence, Metzl's books include Dying of Whiteness: How the Politics of Racial Resentment is Killing America's Heartland; The Protest Psychosis: How Schizophrenia Became a Black Disease; Prozac on the Couch: Prescribing Gender in the Era of Wonder Drugs; and Against Health: How Health Became the New Morality.

If you need accommodations to participate in this event, please contact abc252 as soon as possible.