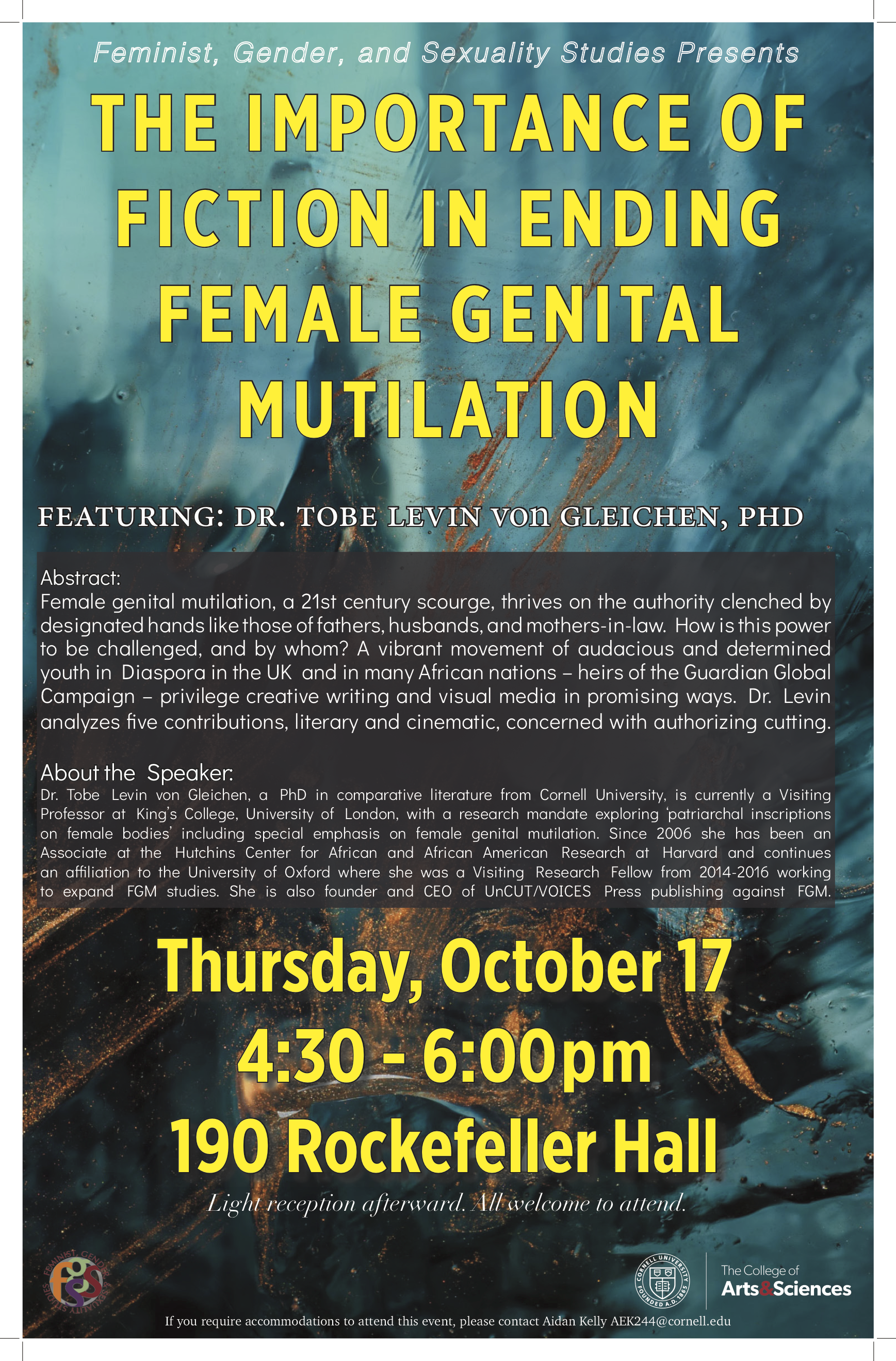 The Importance of Fiction in Ending Female Genital Mutilation

Abstract: Female genital mutilation, a 21st century scourge, thrives on the authority clenched by designated hands like those of fathers, husbands, and mother's-in-law. How is this power to be challenged, and by whom? A vibrant movement of audacious and determined youth in Diaspora in the UK and in many African nations- heirs of the Guardian Global Campaign- privilege creative writing and visual media in promising ways. Dr. Levin analyzes five contributions, literary and cinematic, concerned with authorizing cutting.

About the Speaker: Dr. Tobe Levin von Gleichen, a PhD in comparative literature from Cornell University, is currently a Visiting Professor at King's College, University of London, with a research mandate exploring 'patriarchal inscriptions on female bodies' including special empahsis on female genital mutilation. Since 2006 she has been an Associate of the Hutchins Center for African and African American Research at ahrvard and continues an affiliation to the University of Oxford where she was a Visiting Research Fellow from 2014-2016 working to expand FGM studies. She is also founder and CEO of UnCUT/VOICES Press publishing against FGM.