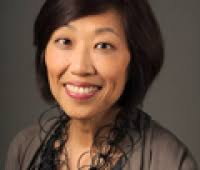 The annual Hu Shih distinguished lecture, 2019 will be given by Professor Dorothy Ko, History, Barnard College. Her talk is titled, Gender and Material Culture: The Female Artisan Gu Erniang and the Craft of Inkstone-Making in Early Modern China. This event is co-sponsored by the Department of History.

An inkstone, a piece of polished stone no bigger than an outstretched hand, is an instrument for grinding ink on every writer’s and painter’s desk in East Asia before the invention of fountain pens. It is also a collectible object of art, a token of exchange between friends or sovereign states, and an inscriptional surface on which texts and images are carved and reproduced. As such the inkstone is entangled with elite masculinity and the culture of wen (culture, literature, civility) in China, Korea, and Japan for over a millennium. Curiously, such a ubiquitous object in East Asia is virtually unknown in Europe and America. In introducing the hidden history and cultural significance of the inkstone, this talk also puts the effaced stonecutters and artisans on center stage while revealing the workings of the Qing “material empire”.

Specifically, this talk focuses on the career of Gu Erniang, the most famous female inkstone-maker in the history of the craft, as well as her relationship with her male patrons and collectors. The collaboration between artisans and scholars announced a new social order in which the hierarchy of head over hand no longer predominated.

Dorothy Y. Ko, professor of history, joined the faculty of Barnard in 2001. In addition to her teaching duties for the department of history, she is affiliated with the Barnard Women's. Gender and Sexuality Studies department. Prior to coming to Barnard, she taught at the University of California at San Diego and at Rutgers University, New Brunswick. Her teaching at Barnard includes such courses as "Gender and Power in China," "Body Histories: The Case of Footbinding," "Chinese Cultural History," "Fashion,"and "Feminisms in China."

Professor Ko is a cultural historian who specializes in gender and body in early modern China. Her current research focuses on women's artistry and skills in textiles, which constitute an alternative knowledge system to male-centered textual scholarship. Her teaching interests also include the history of women and gender in East Asia; feminist theories; and visual and material cultures.

Professor Ko's research and scholarship have been supported by the Guggenheim Foundation, the Institute for Advanced Study, Princeton, and the American Council for Learned Socieities. Her book Cinderella's Sisters was awarded the 2006 Joan Kelly Memorial Prize of the American Historical Association for the best work in women's history and/or feminist theory.

On the 100th anniversary of the world-changing philosopher and statesman’s graduation from Cornell, the EAP initiated an annual distinguished lecture in his name. Leading scholars of Chinese and East Asian studies are invited to give a lecture on critical issues in their field of research.

This lecture series is video archived as a resource for the Cornell community and beyond. For full-length lecture videos and highlights: https://vimeo.com/channels/hushihlectures. The videos and programs are also permanently archived in the Cornell eCommons archive at https://ecommons.cornell.edu/handle/1813/51473.