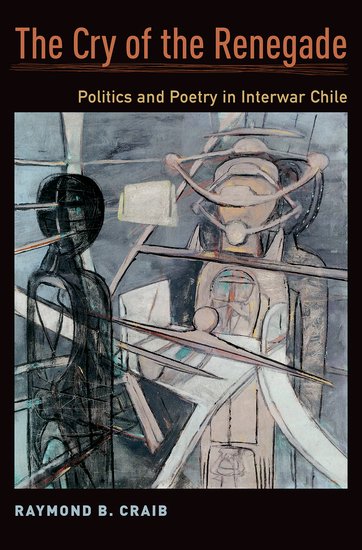 The Cry of the Renegade: Politics and Poetry in Interwar Chile

Nicknamed "the firecracker poet" for his incendiary poems, such as "The Cry of the Renegade," Gómez Rojas was a member of the University of Chile's student federation which had come under repeated attack for its critiques of Chile's political system and ruling parties.

Government officials accused the federation of destroying social order, calling them insolent youths and subversives. Arrested for allegedly inciting a rebellion against the ruling party, as part of a "prosecution of subversives," Rojas joined other students and workers in Santiago's prison system in 1920. He never left. After two months in custody, he died in Santiago's asylum. Soon after his death, Rojas became a powerful political martyr, influencing future Chilean politics and politicians including Pablo Neruda and Salvador Allende.

In a Chats in the Stacks book talk, Raymond B. Craib, author of the new book The Cry of the Renegade: Politics and Poetry in Interwar Chile (Oxford University Press; August 3, 2016), will present a compelling narrative history that reveals what drew people to anarchist ideas and forms of activism in interwar Chile. His new book describes a time when both radicalized university students, workers and worker-intellectuals gathered together to talk, read, and find common cause.

Raymond Craib is professor of history and director of the Latin American Studies Program (LASP) at Cornell University. He is also the author of Cartographic Mexico: A History of State Fixations and Fugitive Landscapes.

This event is sponsored by Olin Library. Buffalo Street Books will offer books for purchase and signing. Refreshments served.