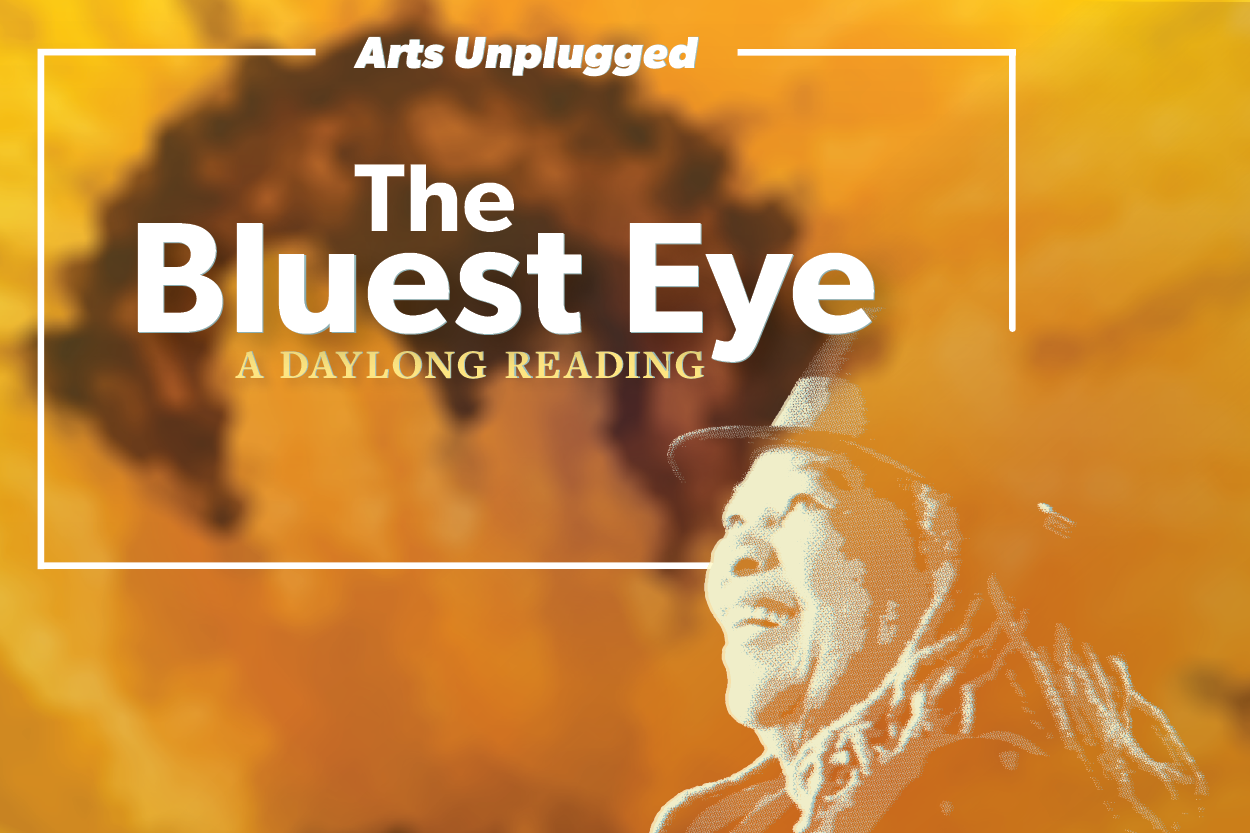 The Bluest Eye: A Community Reading

The Oct. 8 livestream will also include 50 other readers in a full reading of the novel on the 50th anniversary of its publication. Participants will also be able to listen to portions of the book read in French, Spanish, Portuguese and German.

Register for this event.

“We are delighted to host these events to celebrate the life and works of Toni Morrison, whose words ring as insightful and illuminating today as they did 50 years ago,” said Ray Jayawardhana, the Harold Tanner Dean of Arts & Sciences. “We are also thrilled that so many noted authors and scholars are taking part in our reading – we hope it will stimulate renewed interest in Morrison’s work among a new generation of students and the broader community.”

“The Bluest Eye” reading is the fourth event in the College of Arts & Sciences’ Arts Unplugged series, which brings artistic, scientific and creative works into the public sphere for discussion and inspiration. The Oct. 8 reading is the first in a yearlong series of events, called Cornell Celebrates Toni Morrison. Others include:

“Toni Morrison was a global literary icon produced in part by Cornell University and therefore a continuing member of our extended family even after her passing,” said Carole Boyce Davies, Frank H.T. Rhodes Professor of Humane Letters and professor of Africana studies and English, who is one of the faculty members planning the events. “In Brazil, her name is equivalent with Black women's writing in every library and bookstore.  In China, where I served as a visiting professor in 2015, almost all PhD dissertations on African American literature were on Morrison.”

Anne Adams, professor emerita in Africana studies, said Morrison’s influence beyond the U.S. is evidenced in many ways, including a 2011 production of “The Bluest Eye” at a French middle school.

“As the school, Collège Martin Luther King, has a significant population of color, the artist who adapted the text for the production worked with teachers to introduce the text,” Adams said. “When pupils asked why they were given a text with only Black people, the artist exploited that questioning as an opening through which to stir them to probe and make discoveries about and for themselves. Ultimately, the project enabled students to find their voice and a place for themselves, such that by the end of the project, all the students went around carrying the book in their pockets.”

Morrison earned a B.S. in English in 1953 at Howard University and a master’s degree in American literature in 1955 at Cornell. An A.D. White Professor-at-Large at Cornell from 1997 to 2003, Morrison returned to the Ithaca campus numerous times over the years. She was the Robert F. Goheen Professor Emerita of the Humanities at Princeton, where she taught from 1989 to 2006.

Along with "The Bluest Eye," she wrote 10 other novels that explored and illuminated the black American experience, including “Beloved,” which won the Pulitzer Prize in 1988, and “Song of Solomon,” which received a National Book Critics Circle Award in 1977. She also wrote “Jazz,” “Sula,” “Tar Baby” and “Paradise,” as well as children’s books and essay collections. In 1993, Morrison became the first African American woman to win the Nobel Prize in Literature.

“When the novel was published a half century ago, ‘The Bluest Eye’ helped to herald the Black women’s renaissance in writing and literary criticism, and illustrated a paradigm shift in the literary establishment by focusing on the voice, experience and perspective of a Black girl,” said Riche Richardson, associate professor of African American literature in the Africana Studies and Research Center. “Its message that invites us to think about and recognize how media shape beauty standards and definitions that lead some to internalize them and to reject who they are, while also underscoring the importance of self-love and self-acceptance, is as relevant now as ever.”

Register for "The Bluest Eye" event now. For more information on all of the Cornell Celebrates Toni Morrison events, visit the Arts Unplugged website. Please note that "The Bluest Eye" will be read in its entirety and does includes racially-charged language and scenes of sexual violence.

Check out what time your favorite reader is speaking here: (Times are approximate)