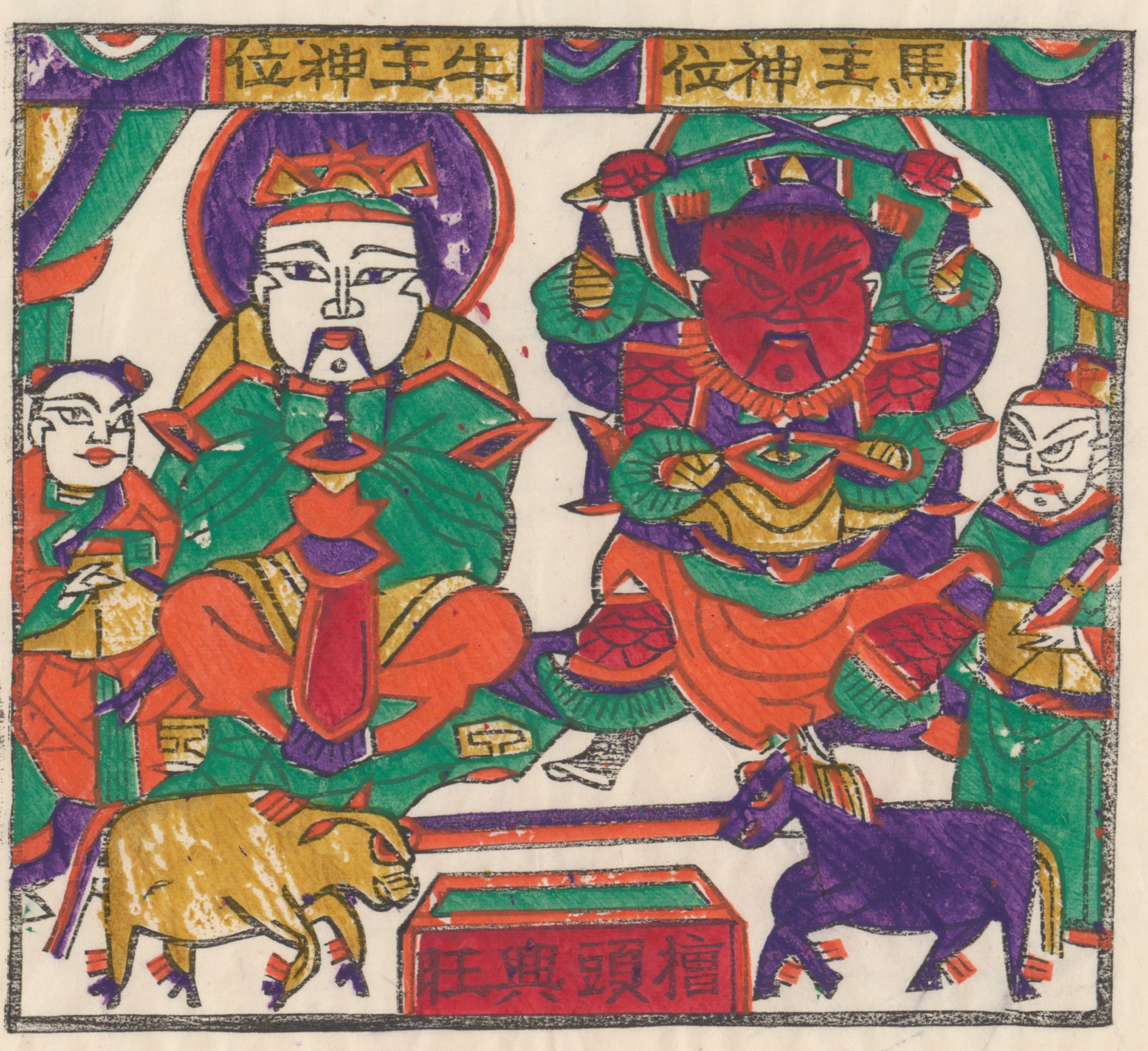 Abstract: Our ancestors depended upon beasts of burden for a living.  In the Chinese case this dependence was reflected in the religious sphere.  Chinese religion featured deities responsible for the wellbeing of draft animals.  The two principal ones were the Horse King (divine protector of equines) and the Ox King (tutelary deity of bovines).  This lecture will examine the ecological background and historical evolution of these animal-protecting cults.  I will survey the Horse King's and Ox King's diverse clientele, from peasants who relied upon the water buffalo to plough their rice fields to cavalrymen whose success in battle depended upon their chargers' performance.  Particular attention will be given to the theological standing of animals as reflected in their tutelary divinities' cults.  In some cases, the animal itself was regarded as a deity who sacrificed himself for humanity’s sake.  Chinese Buddhist scriptures described the ox as a bodhisattva who out of pity for the toiling peasant chose to be incarnated as his beast of burden.

Meir Shahar is the Shoul N. Eisenberg Chair for East Asian Affairs at Tel Aviv University.  He received his undergraduate degree from the Hebrew University in Jerusalem, and his PhD from Harvard University.  His research interests cover the fields of Chinese religion and literature, Chinese martial-arts history, the impact of Indian mythology upon Chinese culture and, most recently, Chinese animal studies.

Meir Shahar is the author of several monographs including Crazy Ji: Chinese Religion and Popular Literature; Oedipal God: The Chinese Nezha and his Indian Origins; and the Shaolin Monastery: History, Religion, and the Chinese Martial Arts, which has been translated into numerous languages.  He is the co-editor of several volumes including Unruly Gods: Divinity and Society in China; India in the Chinese Imagination: Myth, Religion, and Thought; Chinese and Tibetan Esoteric Buddhism; and Animals and Human Society in Asia.

On the 100th anniversary of the world-changing philosopher and statesman’s graduation from Cornell, EAP initiated an annual distinguished lecture in honor of Hu Shih. Leading scholars of Chinese and East Asian studies are invited to give a lecture on critical issues in their field of research. These lectures are archived as a resource for the Cornell community and beyond.

After registering, you will receive a confirmation email containing information about joining the webinar.