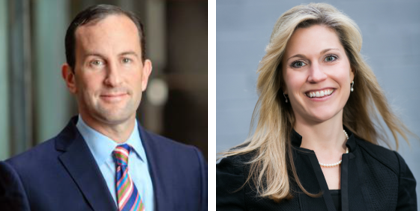 The 2020 Election & The Future of Polling

Join the Institute of Politics and Global Affairs at Cornell University for an assessment of the future of polling and an in-depth conversation on the 2020 election.

Jefrey Pollock is President of Global Strategy Group (GSG), a premier public affairs, research, and communications firm. He has twice been named “Pollster of the Year” (2015, 2011) by the bi-partisan AAPC. Clients include: Governors Andrew Cuomo, JB Pritzker, John Carney, and Janet Mills; Senators Kirsten Gillibrand and Jacky Rosen; the DCCC and DSCC; and many members of Congress. Pollock had also conducted advocacy research for Everytown for Gun Safety, Comcast, Giffords, and the Gates Foundation, among others. He is a sought after political pundit and proud member of the Screen Actors Guild SAG/AFTRA having appeared in two major motion pictures.

Brenda Gianiny, Axis Research’s founding principal, is a nationally recognized expert in the field of public opinion research with two decades of experience honed at the highest levels of corporate America and Republican political campaigns. Using her background, experience, and degree in mathematics, Brenda has worked with a wide range of both political and corporate clients to help them achieve success.

Known for maintaining strict client and data confidentiality, Brenda provides data-driven strategies to campaigns ranging from presidential and the U.S. Senate, to local races for state legislative office and mayor.  Brenda served as the primary polling contact for the George W. Bush White House and the Bush-Cheney `04 re-election campaign, and also has over twenty years of experience in public policy direction and corporate market insight helping Fortune 100 companies like Walmart, Anheuser-Busch and Verizon chart success.

For the 2020 election cycle, Brenda was working with Senate Majority Leader Mitch McConnell and his re-election campaign, as well as polling multiple senate races for the Senate Leadership Fund and the NRSC, and helping to re-elect House clients.

Whether it’s a local ballot initiative or campaigning for the highest office in the land, Brenda brings the same motivation and enthusiasm to each fight.  She is not “just another vendor” providing numbers and charts; she partners with clients as an integrated member of their team delivering the research and insights that drive client success.

SE Cupp is a political commentator and host of SE Cupp Unfiltered on CNN. She is co-author of the book "Why You're Wrong About the Right" and author of the book "Losing Our Religion." Before CNN, where she also co-hosted "Crossfire," she co-hosted "The Cycle" at MSNBC and "Real News" at The Blaze. She has a nationally syndicated column at the New York Daily News and has written for dozens of other publications, including the New York Times and Glamour. She is a regular guest on Bill Maher's "Real Time" and was a consultant on the HBO show, "The Newsroom." Ms. Cupp is an alumni of Cornell Univeristy (B.A. '00).

Congressman Steve Israel, Director, Cornell Institute of Politics and Global Affairs and Former Member of Congress (2001-2017). Israel was a Member of Congress for sixteen years. He left in 2017, having served as House Democrats chief political strategist between 2011-2015 as Chairman of the Democratic Congressional Campaign Committee. President Bill Clinton called him "one of the most thoughtful Members of Congress." Which, Israel states, isn't really saying much at all.

Israel is a regular political commentator on MSNBC. His insights appear regularly in The New York Times, The Atlantic Magazine, as well as The Washington Post and Wall Street Journal. He was profiled on HBO's Last Week Tonight with John Oliver and appeared on CBS' Sixty Minutes. Israel left Capitol Hill - unindicted and undefeated - to pursue a career as a writer. In addition to writing two critically acclaimed satires of Washington, he heads the non-partisan Cornell University Institute of Politics and Global Affairs in New York City.