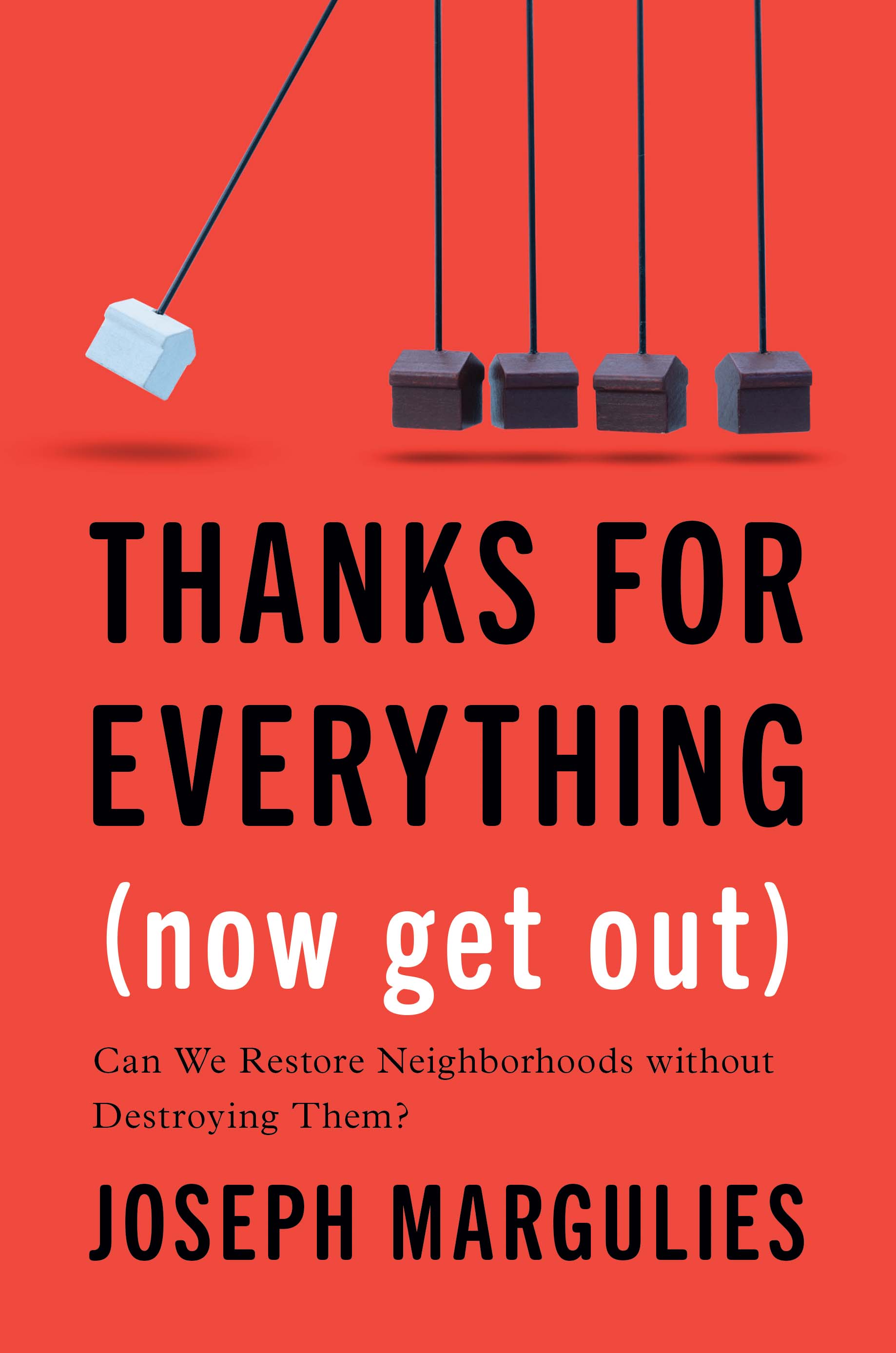 Thanks for Everything (Now Get Out) Can We Restore Neighborhoods without Destroying Them?

When a distressed urban neighborhood gentrifies, all the ratios change: poor to rich; Black and Brown to White; unskilled to professional; vulnerable to secure. Vacant lots and toxic dumps become condos and parks. Upscale restaurants open and pawn shops close. But the low-income residents who held on when the neighborhood was at its worst, who worked so hard to make it better, are gradually driven out. For them, the neighborhood hasn’t been restored so much as destroyed. Is it possible to restore distressed neighborhoods without setting the stage for their destruction?

Join Joseph Margulies in a live, virtual Chats in the Stacks as he discusses his new book Thanks for Everything (Now Get Out): Can We Restore Neighborhoods without Destroying Them? (Yale University Press 2021) which traces the history of one neighborhood in Providence, Rhode Island, that has traveled the long arc from urban decay to the cusp of gentrification. Based on years of interviews and on-the-ground observation Margulies offers a radical rethinking of how to make distressed urban neighborhoods more livable while simultaneously giving low-income residents ownership and control of their community assets and their future.

Sponsored by the Law Library, the talk is followed by a live Q&A.

Margulies is a civil rights attorney and professor of the practice of law and government at Cornell University. He writes and lectures on civil liberties, the American criminal justice system, gentrification, and the national security state.