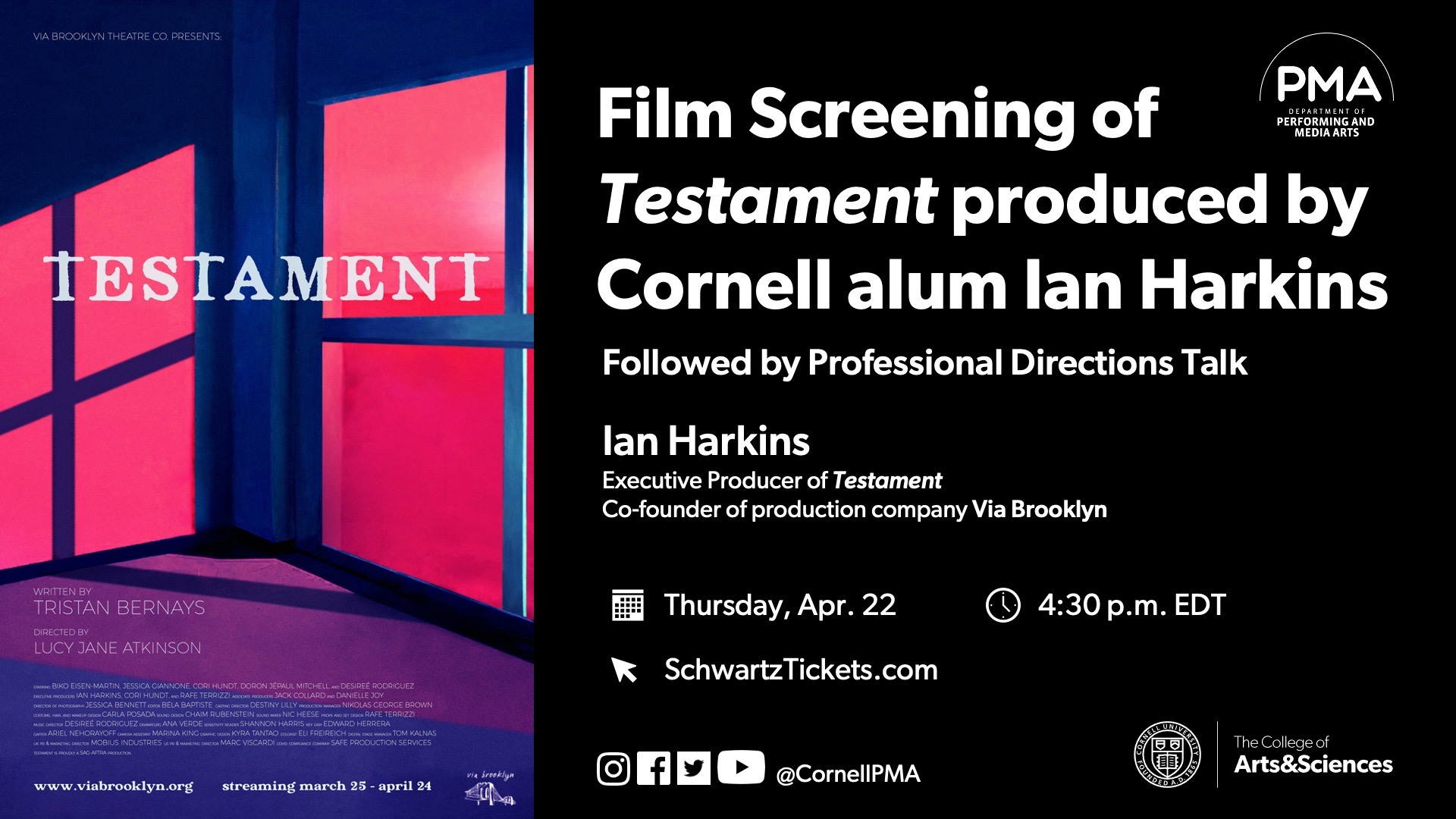 Reserve your free ticket by Tuesday, April 20 at SchwartzTickets.com.

A sacrificial son. Sisters with a shocking secret. A man on Death Row. Testament invites you to bear witness to the dark underbelly of The Good Book. Set in modern day America, Testament explores the compelling re-imagining of four oft-forgotten Bible characters against a haunting score of gospel and blues as we behold how their lives have unfolded in today’s society.

About Ian Harkins:
Ian (He/His) is an executive producer for Testament, and one of the co-founders of the production company Via Brooklyn. He grew up in London and in New York, and came to theatre and drama from studying them at Cornell University and RADA. His credits as an actor involve several film and television projects; selected credits include American Hustle (Paramount Pictures; Academy Award Nomination for Best Picture), Elementary(CBS), Forever(ABC), Boardwalk Empire(HBO), Red Oaks (Amazon Studios), and The Knick (Cinemax). He can be seen most recently in the HBO miniseries The Plot against America. His theatre credits include work Off-Broadway, regionally, and across the pond in his native UK. He can also be seen and heard in a variety of commercials, podcasts, and videogames. As a director, he directed 4 productions in New York City, and has been nominated for Best Director at the Innovative Theatre Awards. In his role as a producer, he has found huge joy in putting on a wide variety of shows, which he has brought to the company since its founding. In his spare time, Ian enjoys overburdening himself with his two adorable puppies, Biscuit & Crumpet.