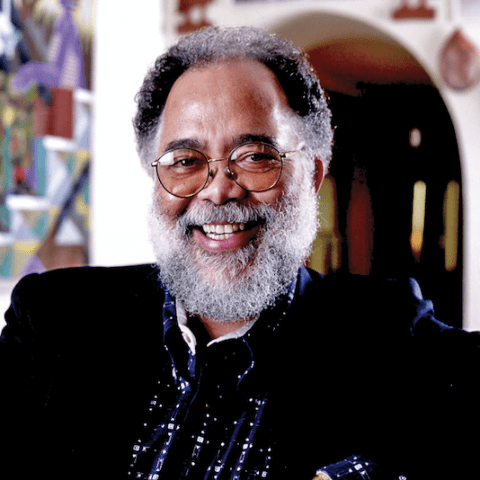 Cornell Cinema will be the FIRST venue anywhere to show TBIA3 Roots publicly!

TALKING BLACK in AMERICA-ROOTS (episode 3) will be made available nationwide on PBS beginning in October 2022.

Join us for a free film screening of TALKING BLACK IN AMERICA-ROOTS, followed by a Q&A with Associate Producer John Rickford (ADW Professor-at-Large at Cornell; Stanford University)

This event is part of an ADW Professors-at-Large mini visit and is cosponsored by the Department of Linguistics.

TALKING BLACK in AMERICA follows the unique circumstances of the descendants of the American slaves and their incredible impact on American life and language. Speech varieties from the African American community reflect the imprint of African language systems, the influences of regional British and Southern American dialects, and the creativity and resilience of people living through oppression, segregation, and the fight for equality.

John Rickford is a leading sociolinguist and world-renowned expert on African American Vernacular English (AAVE) and the study of linguistic variation and change.  He is considered one of the towering figures in the linguistic and historical study of vernacular language in the African diaspora.

Rickford is Professor of Linguistics emeritus and the J.E. Wallace Sterling Professor of the Humanities, Professor of Education (by courtesy), and a Bass University Fellow in Undergraduate Education at Stanford University.  He was named as an A.D. White Professor-at-Large (ADW-PAL) at Cornell University in 2017. His appointment runs through 2023. This event is part of an ADW-PAL mini visit.

Among his numerous honors, Rickford was the President of the Linguistic Society of America (LSA) from 2015-2016, from which he was recently awarded the best paper in Language 2016 Award.  Since 2017, Rickford has been a member of the American Academy of Arts and Sciences and was elected to the National Academy of Sciences in 2021. And in 2022, he was elected as a Fellow of the British Academy.

Please contact Heather Russell at hlm2@cornell.edu at least 72 hours in advance of the event with accommodation requests.