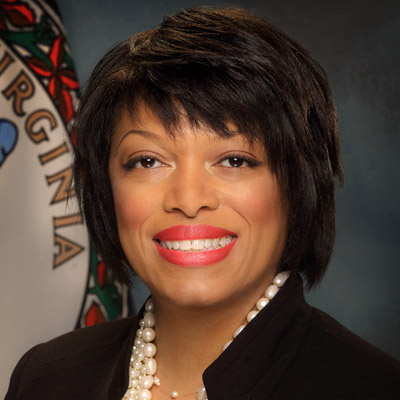 Executive Counsel Rita P. Davis will talk about her personal journey into activism from an English major.

Ms. Davis majored in English at Washington and Lee University. After graduating, she spent three and a half years as a police officer with the Lynchburg City Police Department. Ms. Davis attended the T.C. Williams School of Law at the University of Richmond. After graduating magna cum laude, Ms. Davis clerked on the United States Court of Appeals for the Eighth Circuit in Little Rock, Arkansas. Following her clerkship, she joined Hunton and Williams LLP, now known as Hunton Andrews Kurth. After 15 years, Ms. Davis joined the Office of the Attorney General for the Commonwealth of Virginia as Section Chief for Trials in the Civil Litigation Division. She was the first female and the first African American to hold that position. The Honorable Ralph S. Northam, Governor of Virginia appointed Ms. Davis as Counsel in January of 2018. She is the first woman to hold that position.

This is the second virtual event in the Spring 2021 Barbara & David Zalaznick Reading Series: Together. Livestream powered by our friends at eCornell.

Next event in the series: The Eamon McEneaney Memorial Reading by Charif Shanahan on Thu, Mar 18, at 7:00 pm ET

If you need additional accommodations to participate in this event, please contact us as soon as possible