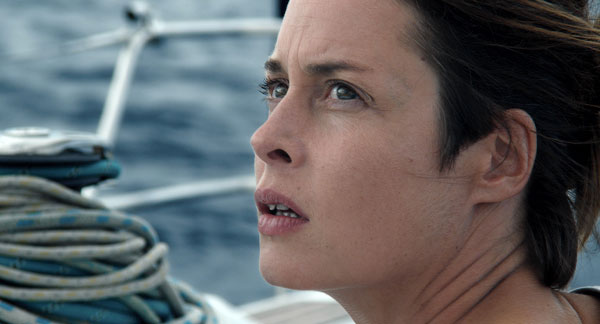 An ER doctor embarks on a solo sailing trip to Ascension Island and comes across a sinking boat of refugees. "In the first, nearly wordless third of Wolfgang Fischer's thrillingly lean Styx, in filmmaking as crisp and slicing as a sea breeze, Suzanne Wolff's expert amateur sailor Rike embarks on a solo voyage across 5,000 km of open Atlantic, in a tiny, bright white sailboat called Asa Gray. And simply watching this one-woman-show of intense physical prowess is so absorbing that it's a double shock when she happens upon an overloaded refugee boat and the film's sails are suddenly fat with intractable dilemma." (Variety)"A blunt, breathless, and astoundingly unsentimental morality play that's told with the intensity of a ticking-clock thriller ...this tight sailor's knot of a movie offers a cold look at the broken math of the ongoing refugee crisis." (IndieWire) "Wolff is never less than mesmerizing in this role, which demands a performance that is, at times, more physical than emotive. She's like a dancer: straining and exerting in a ballet of movements that convey meaning not by words, but actions." (Washington Post)website: filmmovement.com/theatrical/film/styx