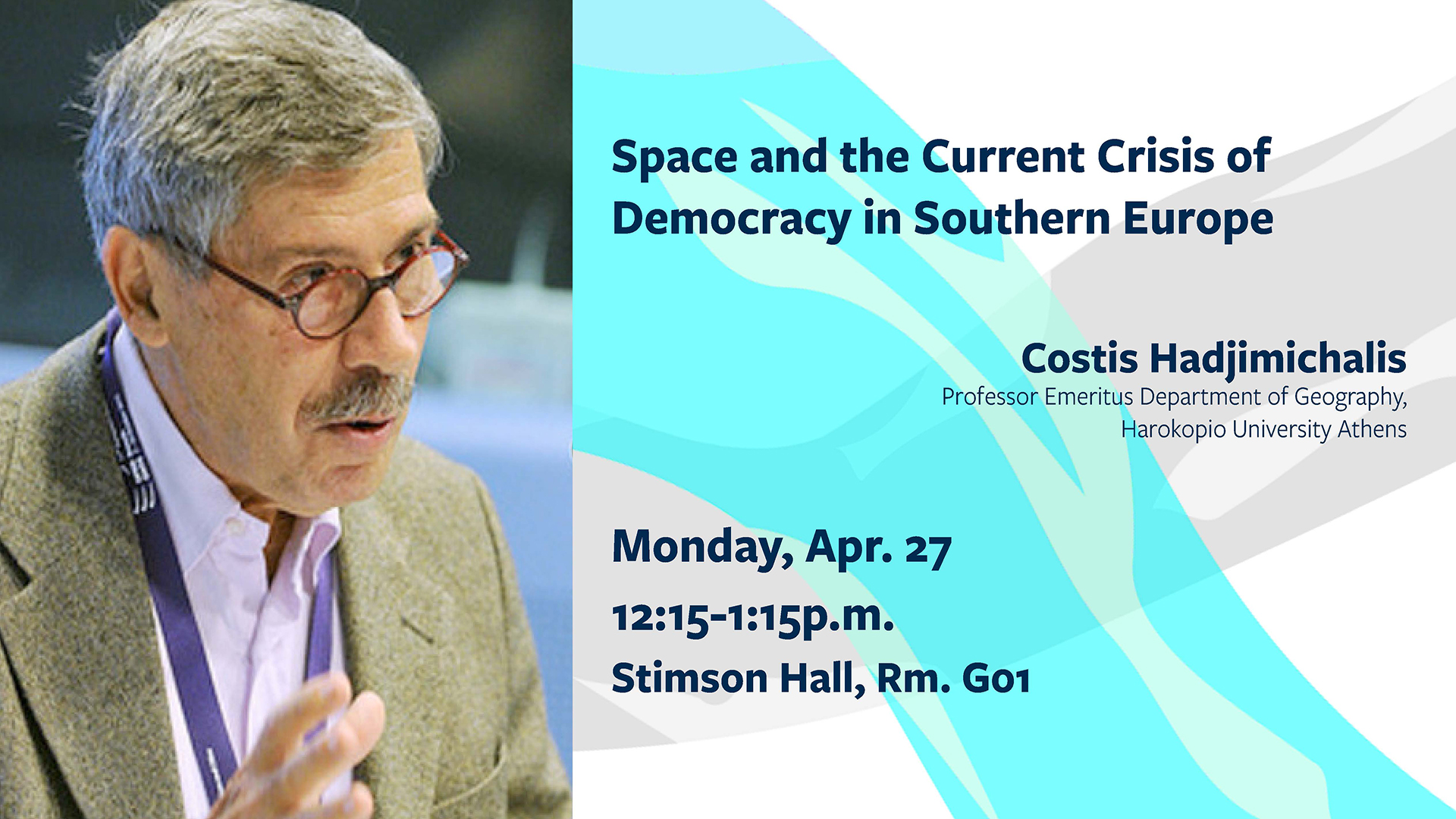 CANCELED - Space and the Current Crisis of Democracy in Southern Europe

Abstract:
During the current 10-year crisis in Southern Europe (2008-2018), parallel to terrible socio-economic effects and the mass impoverishment of the population and with important differences from country to country, democracy was suspended and authoritarian non-elected bodies replaced democratic institutions, such as parliaments. I should like to propose to examine these developments from a spatial perspective arguing, first, that the crisis in the Eurozone has its roots in uneven geographical development and second, that undemocratic and authoritarian rule derives from the inability to take geography seriously, to understand the deep relations between spatiality and democracy.