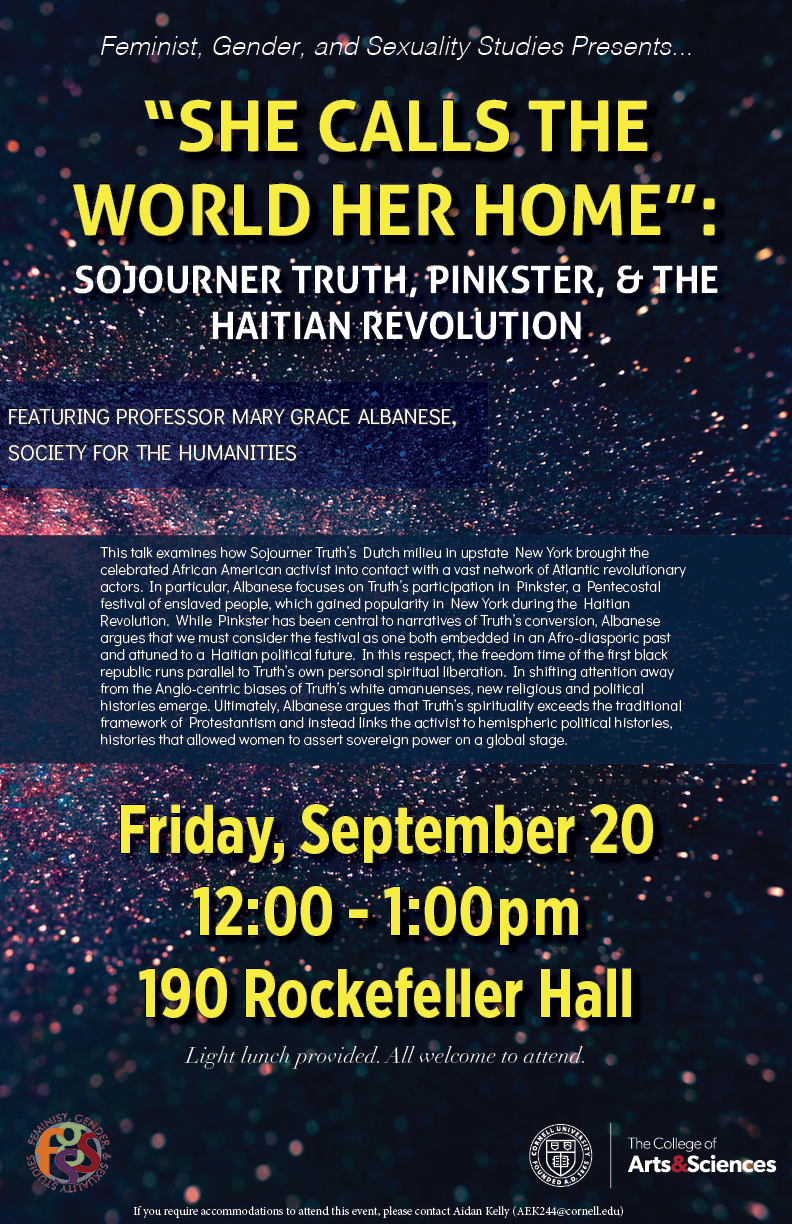 "She Calls The World Her Home:" Sojourner Truth, Pinkster, & The Haitian Revolution

This talk examines how Sojourner Truth's Dutch milieu in upsate New York brought the celebrated African American activist into contact with a vast network of Atlantic revolutionary actors. In particular, Albanese focuses on Truth's participation in Pinkster, a Pentecostal festival of enslaved people, which gained popularity in New York during the Haitian Revolution. While Pinkster has been central to narratives of Truth's conversion, Albanese argues that we must consider the festival as one both embedded in an Afro-diasporic past and attuned to a Haitian political future. In this repsect, the freedom time of the first black republic runs parallel to Truth's own personal spiritual liberation. In shifting attention away from the Anglo-centric biases of Truth's white amanuenses, new religious and political histories emerge. Ultimately, Albanese argues that Truth's spirituality exceeds the traditional framework of Protestantism and instead links the activist to hemispheric political histories that allowed women to assert sovereign power on a global stage.