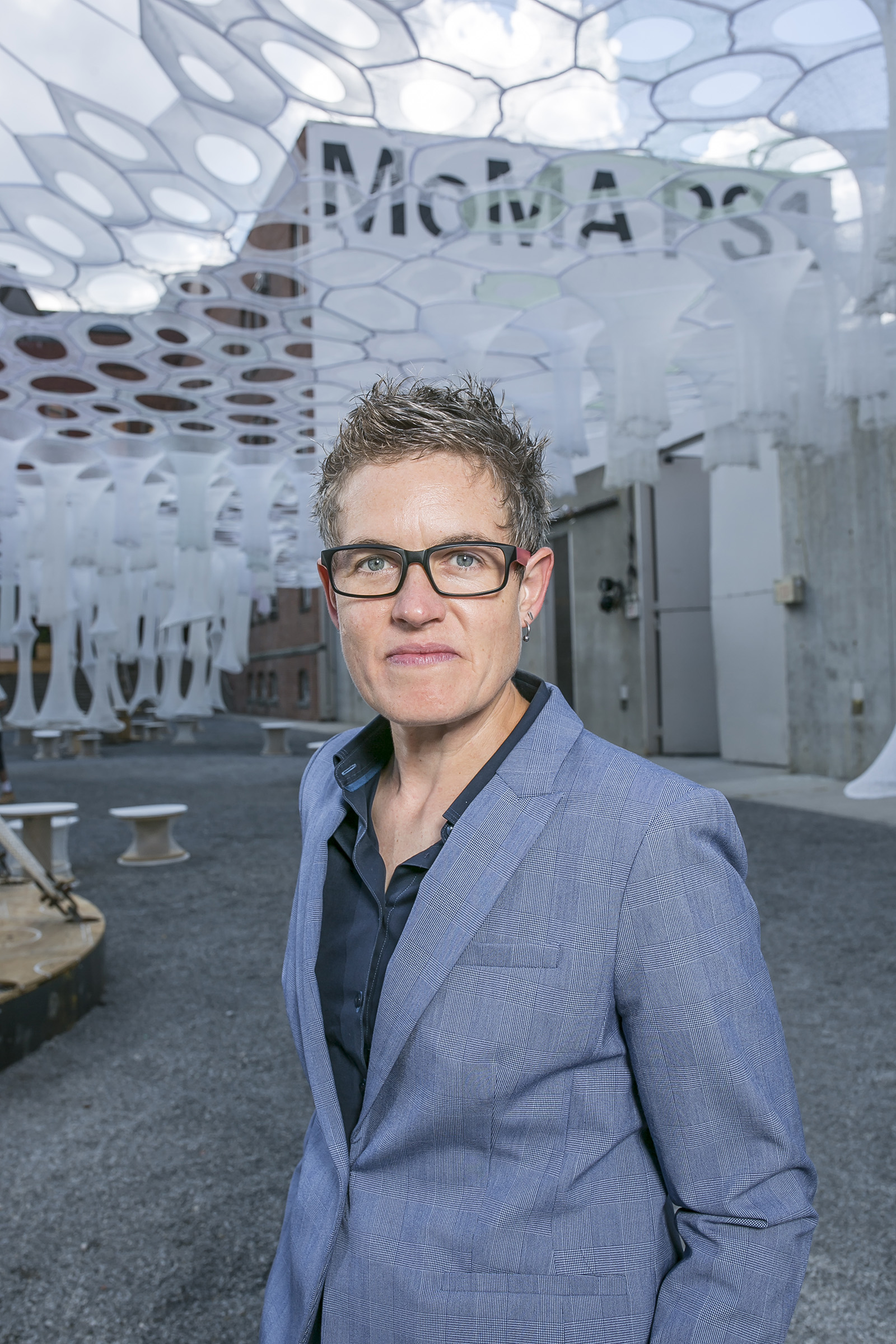 This talk will present ongoing trans-disciplinary research and design spanning across the fields of cell biology, materials science, physics, fiber science, fashion, mechanical and structural engineering, and architecture. Sabin’s collaborative research, teaching, and design practice focus on the contextual, material, and formal intersections between architecture, science, and emerging technologies. The material world that this type of research interrogates reveals examples of nonlinear fabrication and self-assembly at the surface, and at a deeper structural level. In parallel, this work offers up novel possibilities that question and redefine architecture within the greater scope of generative design and fabrication. This talk will elucidate the research methods, prototypes, and architectural projects that Sabin and her collaborators have achieved, which include adaptive building skins, fabric structures and ceramic assemblies, and architectural interventions that ultimately (re)configure their own performance based upon local criteria and human interaction.

Jenny E. Sabin is an architectural designer whose work is at the forefront of a new direction for 21st century architectural practice — one that investigates the intersections of architecture and science, and applies insights and theories from biology and mathematics to the design of material structures. Sabin is the Arthur L. and Isabel B. Wiesenberger Professor in Architecture and Associate Dean for Design at Cornell College of Architecture, Art, and Planning where she established a new advanced research degree in Matter Design Computation. She is principal of Jenny Sabin Studio, an experimental architectural design studio based in Ithaca and Director of the Sabin Lab at Cornell AAP, a trans-disciplinary design research lab with specialization in computational design, data visualization, and digital fabrication. In 2006, she co-founded the Sabin+Jones LabStudio, a hybrid research and design unit, together with biologist, Peter Lloyd Jones. Sabin is also a founding member of the Nonlinear Systems Organization (NSO), a research group started by Cecil Balmond at PennDesign, where she was Senior Researcher and Director of Research. Sabin’s collaborative research including bioinspired adaptive materials and 3D geometric assemblies has been funded substantially by the National Science Foundation with applied projects commissioned by diverse clients including Nike Inc., Microsoft Research, Autodesk, the Cooper Hewitt Smithsonian Design Museum, the American Philosophical Society Museum, the Museum of Craft and Design, the Philadelphia Redevelopment Authority and the Exploratorium. Sabin holds degrees in ceramics and interdisciplinary visual art from the University of Washington and a master of architecture from the University of Pennsylvania where she was awarded the AIA Henry Adams first prize medal and the Arthur Spayd Brooke gold medal for distinguished work in architectural design, 2005. Sabin was awarded a Pew Fellowship in the Arts 2010 and was named a USA Knight Fellow in Architecture, 1 of 50 artists and designers awarded nationally by US Artists. In 2014, she was awarded the prestigious Architectural League Prize for Young Architects and was named the 2015 national IVY Innovator in design. Recently, Architectural Record’s national Women in Architecture Awards selected her for the 2016 Innovator in design. She has exhibited nationally and internationally including in the acclaimed 9th ArchiLab titled Naturalizing Architecture at FRAC Centre, Orleans, France and as part of Beauty, the 5th Cooper Hewitt Design Triennial. Recently, her work was on view in the exhibition, Imprimer Le Monde at the Centre Pompidou. Her work has been published extensively including in the NY Times, The Architectural Review, Azure, A+U, Metropolis, Mark Magazine, 306090, American Journal of Pathology, Science and Wired Magazine. She co-authored Meander, Variegating Architecture with Ferda Kolatan, 2010. Her book, LabStudio: Design Research Between Architecture and Biology, co-authored with Peter Lloyd Jones was published in July 2017. In 2017, Sabin won the internationally acclaimed MoMA & MoMA PS1 Young Architects Program with her submission, Lumen.