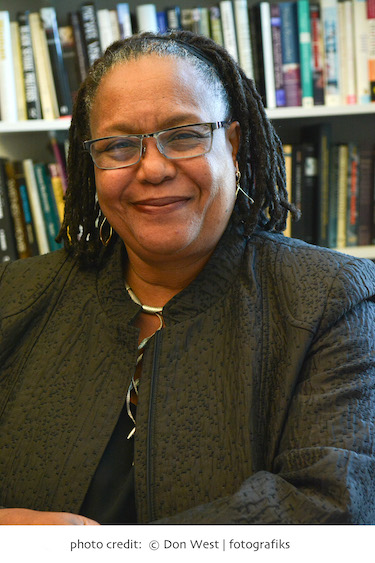 S&TS: Evelynn Hammonds - The Historiography of Race and Science: The Stories We Tell

Evelynn Hammonds is the Barbara Gutmann Rosenkrantz Professor of the History of Science & Professor of African and African American Studies at Harvard University, where she served as the first Senior Vice Provost for Faculty Development and Diversity (2005-2008). From 2008-2013 she served as Dean of Harvard College. In 2010 she was appointed to President Barack Obama’s Board of Advisers on Historically Black Colleges and Universities and in 2014 to the President’s Commission on Excellence in Higher Education for African Americans. She has published articles on the history of disease, race and science, African American feminism, African-American women and the epidemic of HIV/AIDS and analyses of gender and race in science and medicine. Professor Hammonds’ current research focuses on diversity in STEM fields; the intersection of scientific, medical and socio-political concepts of race in the United States; and genetics and society. Prof. Hammonds was appointed to the Committee on Women in Science, Engineering and Medicine (CWSEM) of the National Academies in 2016. In 2018, she was elected to the National Academy of Medicine.