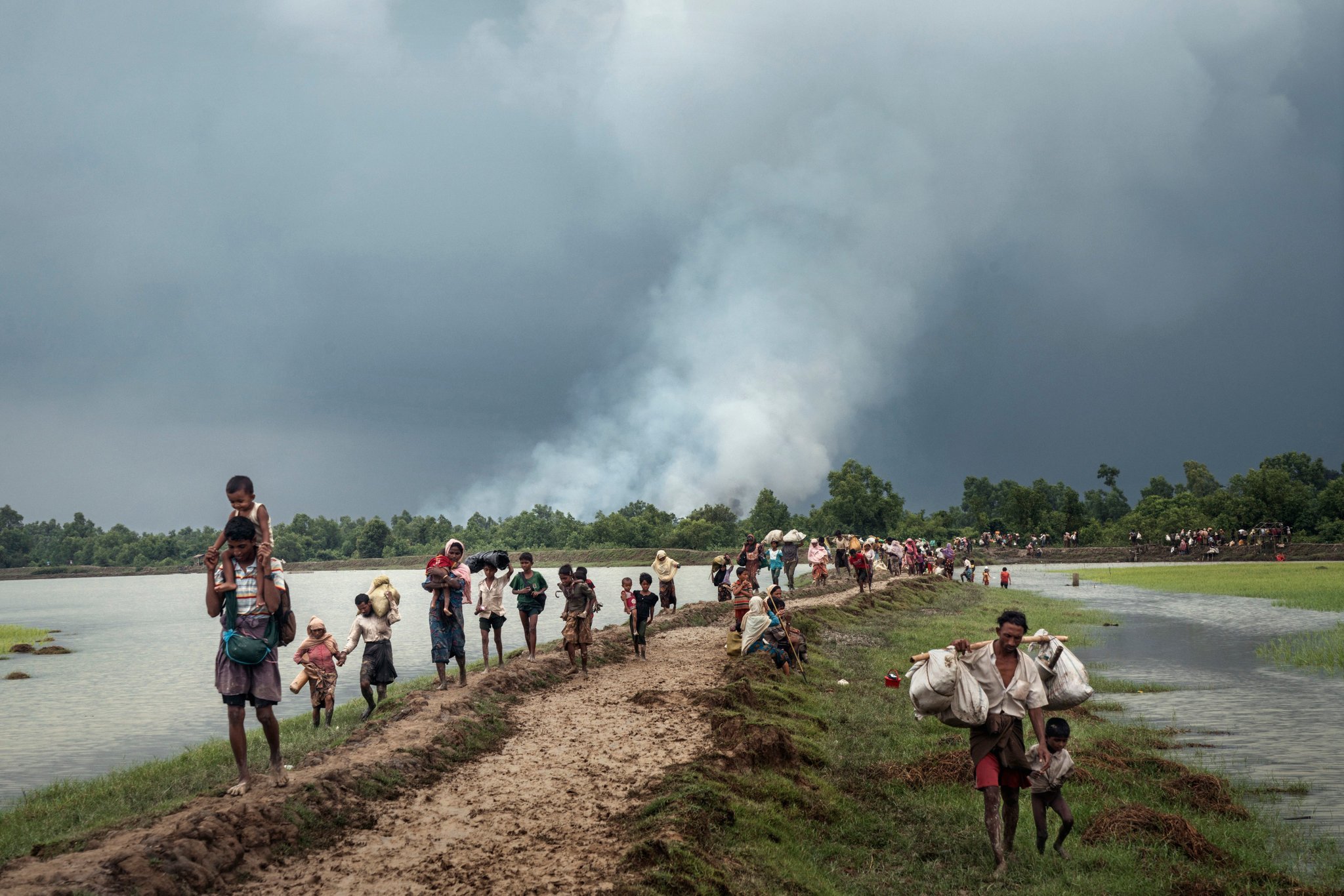 The Rohingyas, an ethno-linguistic and religious minority of Myanmar known as the most persecuted people in the world, experienced a brutal atrocity in 2017 perpetrated by Myanmar security forces and vigilantes what the United Nations Human Rights Council explained as “a textbook example of ethnic cleansing.” Following an attack made by the Arakan Rohingya Salvation Army (ARSA) on August 25, 2017, Myanmar security forces launched a clearance operation, which, a report of a three-member-panel appointed by the United Nations confirms, forced 725,000 Rohingyas to flee to Bangladesh, about 10,000 Rohingyas were killed in the first two months, hundreds of women and girls were (gang) raped, and 392 villages were partially or totally destroyed. Along with the previous ones, Bangladesh now hosts 1.3 million Rohingya in its Southeastern part, Ukhia and Teknaf. The locals are becoming ‘unwelcoming’ since 1.3 million additional people have begun to share local resources, livelihood sources, and social utilities. In Myanmar, if we considering the intensity of atrocity committed by the state forces, the ways the Rohingyas have been dealt with as if they are not human beings. Now, the Rohingyas are ‘struggling for existence’ in Bangladesh having an obscured past, critical present and an uncertain future. The Rohingyas belong to no state as Myanmar stripped of their citizenship four decades ago and Bangladesh does not recognize them even as refugees. Given the context, the talk with empirically grounded evidences presents the current states of Rohingya in the Borderland of Bangladesh and Myanmar within the broader spectrum of statelessness, refugeehood and “subhuman life”.

Nasir Uddin is a cultural anthropologist based in Bangladesh, and Professor of Anthropology at Chittagong University. Currently, he is working as a Research Consultant with the Department of Anthropology and Sociology at SOAS, University of London. Uddin studied and carried out research at the University of Dhaka (Bangladesh), Kyoto University (Japan), the University of Hull (UK), Delhi School of Economics (India), Ruhr-University Bochum (Germany), VU University Amsterdam (the Netherlands), Heidelberg University (Germany), the London School of Economics (UK), SOAS of London University, and the University of Oxford (UK). His research interests include refugees, statelessness, and citizenship; deterritoriality of identity and transborder movements; indigeneity and identity politics; notions of power and the state in everyday life; borderlands between Bangladesh and Myanmar; the Rohingyas; the Chittagong Hill Tracts; and South Asia more general. His latest edited books are Life in Peace and Conflict: Indigeneity and the State in the Chittagong Hill Tracts (Orient BlackSwan, 2017), Indigeneity on the Move: Varying Manifestation of a Contested Concept (Berghahn, 2017 [co-edited with Eva Gerharz and Pradeep Chakkarath) and Deterritorialised Identity and Transborder Movement in South Asia (Springer, 2018 (co-edited with Nasreen Chowdhory). His forthcoming ethnography is The Rohingyas: A Case of “Subhuman” (Oxford University Press, 2019).