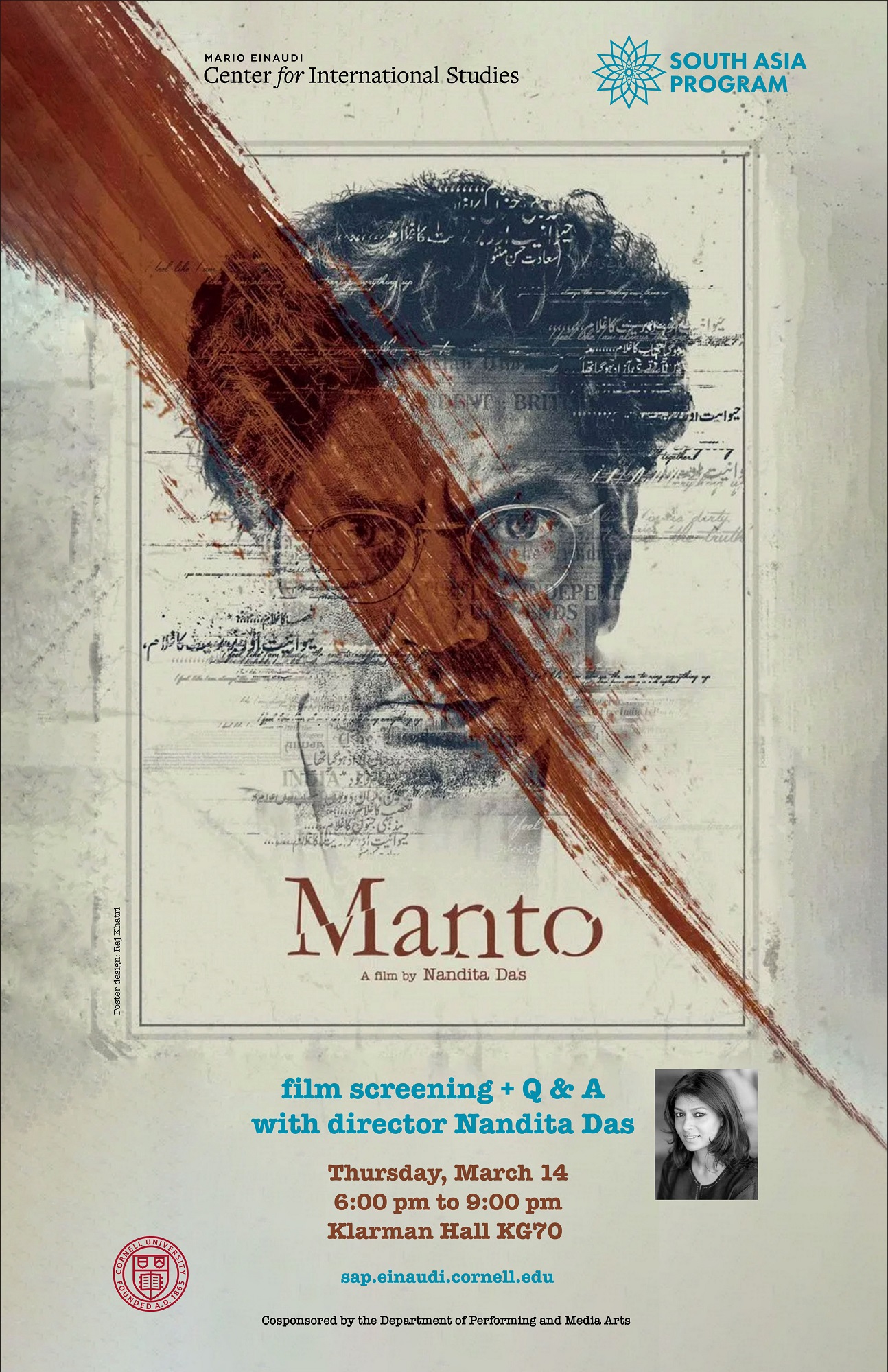 'Manto' film screening, and Q & A with director, Nandita Das

Manto is based on the four most significant and tumultuous years (1946-1950) in the life of Saadat Hasan Manto. It is set during the Independence of India from the British, leading to the Partition of the country. As sectarian violence engulfs India, Manto is compelled to make the difficult choice of leaving his beloved Bombay for the newly born Pakistan. In Lahore, he finds himself bereft of friends, unable to get his writings published and burdened by trials for alleged obscene writing. His increasing alcoholism and anguish take a toll on his family and lead him on a downward spiral. Through all of this, he continues to write prolifically, his works mirroring the harsh realities of the time. Facts and fiction overlap, blurring the lines between his works and the film’s main narrative. Manto is a story of two emerging nations, two faltering cities, and one man trying to make sense of it all.

Nandita Das has acted in more than 40 feature films in 10 different languages. She made her directorial debut with Firaaq, in 2008, that won much appreciation around the world. Nandita also acted, wrote and directed the play, Between the Lines in 2012 that dealt with the subtle gender inequalities that exist amongst the affluent, educated class in India. She was on the jury of the Cannes Film Festival twice (2005 and 2013), among others. She has a Master’s degree in Social Work and is a strong advocate for issues of social justice and human rights. She was the Chairperson of Children’s Film Society from 2009–2012. Nandita has been conferred the ‘Knight of the Order of Arts and Letters’ by the French Government. She was the first Indian to be inducted into the Hall of Fame at the International Women’s Forum. She was selected as a World Yale Fellow in 2014. Nandita's second directorial venture, Manto, based on the life and works of Saadat Hasan Manto, one South Asia’s greatest short story writers, had its world premiere at the Cannes Film Festival followed by screenings at many other prominent festivals. Manto released in theatres in India on September 21, 2018.