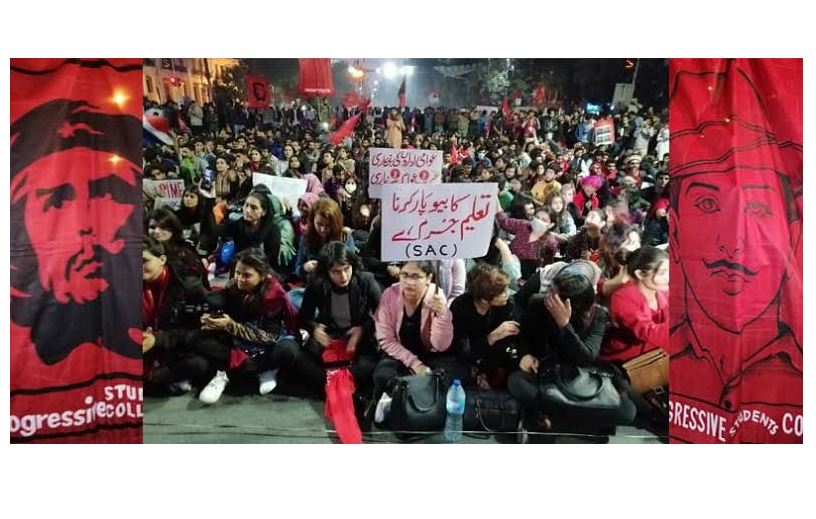 We the Seditious People, by Ammar Ali Jan

South Asia is experiencing rising authoritarianism. The targets of right-wing movements are progressive forces who are increasingly viewed as outsiders threatening the imagined purity of the nation. The label of “foreign agent” is now widely invoked against political opponents who are accused of sedition. The sedition law was formulated and used by the British against anti-colonial activists. On the other hand, popular sovereignty was established in confrontation with Empire, creating an insurgent and rebellious conception of “the people”.

As someone who is under trial for sedition in Lahore, I witnessed how this law became a weapon in the hands of the state to silence internal dissent. Today, it is being used against academics, journalists, students and trade unionists to suppress critical voices. Contestations over the meaning of sedition and patriotism are at the heart of political struggles in contemporary Pakistan.

I explore three consequences for political theory emanating from discussions on sedition. First, I argue that foreignness does not denote geographical belonging but is a metaphor to describe those exceeding the normative frameworks of power. Second, the category of the internal “enemy” always maintained a subterranean existence in liberal political theory. This repressed history of violence and erasure becomes central for understanding politics in Pakistan. Finally, the criminalizing of dissent and dismantling of popular power impacts our understanding of sovereignty. The permanent state of emergency in Pakistan not only targets the category of “the people” but also undermines the concept of the sacred in the country’s polity, triggering a crisis of legitimation for the state.

Ammar Ali Jan is an academic and activist based in Lahore. He completed his Masters from the University of Chicago and his PhD in History from the University of Cambridge. His doctoral research was titled “A Study of Communist Thought in Colonial India, 1919-1951” in which he examined the relationship between European and anti-colonial political thought. Instead of viewing the non-European world as a passive recipient of European ideas, this work showed how political actors in the colonial world reframed the contours of modern political theory as a response to specific questions emanating from anti-colonial struggles.

Upon his return to Pakistan in 2016, Jan began teaching in public sector universities, became involved in the student and trade union movement, and started writing a weekly column for The News International. He was eventually fired from his position and charged with sedition as part of a crackdown against dissenting voices. Currently he is a member of the Haqooq-e-Khalq Movement (People’s Rights Movement), Cabinet Member of the Progressive International and does a weekly show on NayaDaur. His forthcoming book is titled Rule by Fear: Eight Thesis on Authoritarianism in Pakistan.

Registration required for this virtual event