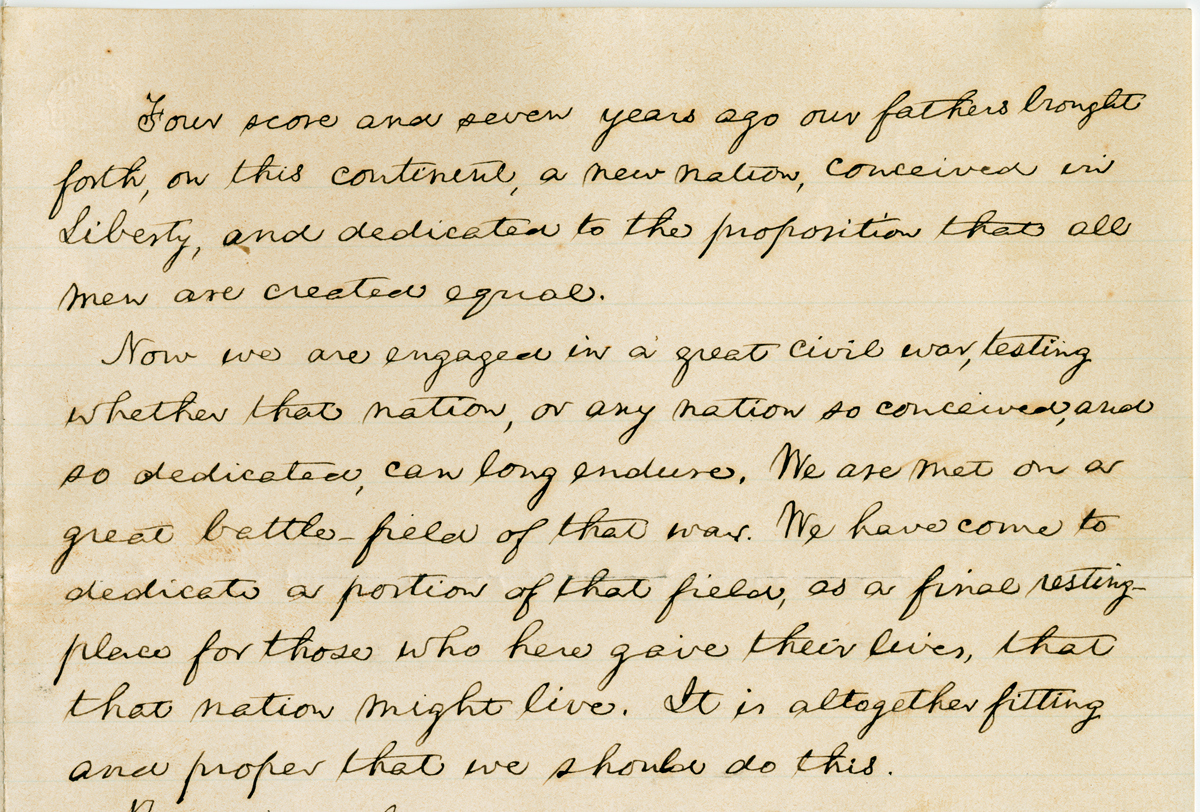 Gabor S. Boritt, the Robert Fluhrer Professor Emeritus of Civil War Studies and previous director of the Civil War Institute at Gettysburg College, will give a lecture celebrating the 150th anniversary of the Gettysburg Address. Abraham Lincoln's most famous speech was delivered at the dedication of the Soldiers' National Cemetery in Gettysburg, Pennsylvania on November 19, 1863, during the Civil War. Cornell University has one of five known manuscript copies of Lincoln’s handwritten speech.

During the sesquicentennial anniversary, the Division of Rare and Manuscript Collections will host a series of events, including a film showing of the documentary The Gettysburg Story, a reading of the original manuscript on November 19, a panel discussion, and an exhibit in the Carl A. Kroch Library.

Boritt’s book The Gettysburg Gospel: The Lincoln Speech That Nobody Knows (Simon & Schuster, February 5, 2008) is an elaborately detailed study of the events surrounding Lincoln's speech, and his new book The Will of God Prevails, also about Lincoln, will be published in 2014. Boritt received the National Humanities Medal in 2008 from President George W. Bush and his life story is the subject of a feature-length documentary film titled Budapest to Gettysburg.

A reception will follow the lecture in the Carl A. Kroch Library, level 2B, at 6:00 p.m.

The lecture is funded through the generosity of Gail ’56 and Stephen Rudin.