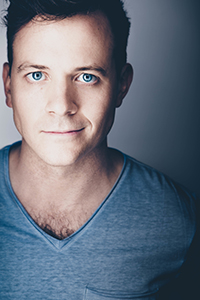 The late Julius Eastman (1940-1990) grew up in Ithaca where he began his music studies as a singer and pianist. He graduated from the Curtis Institute with a composition degree, studied and worked on fellowship at SUNY-Buffalo as a pianist-composer-singer virtuoso, and had a wide-ranging career based in New York City, moving between the worlds of academic (Uptown) modernism, the eclectic Downtown experimental scene, minimalism, disco, and free jazz. His last known piano solo Piano 2 (1986) was composed during his near-decade of living homeless, and it is an unusual addition to his sporadic compositional oeuvre, a virtuosic modernist "sonata" in three movements, but the idiosyncratic manuscript score leaves the performer with more questions than answers as to its realization other than its pitches and rhythms. Building upon the ever-growing body of Eastman scholarship, I am interested in thinking through, hearing, and understanding Piano 2 alongside the music of other notable American modernists with whom Eastman worked closely and whose music he performed. By considering this music, especially the specific pieces Eastman is known to have performed publicly, I hope to illuminate another facet of the erstwhile developing "Eastmanian performance practice," adding to the understanding of his work as specifically "Modernist" alongside his many other multivalent activities and creative registers.