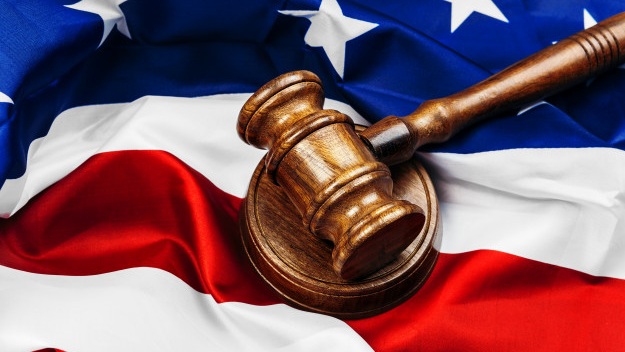 Return to the Classroom: Democracy in America

Join the Institute of Politics and Global Affairs, Cornell, Law School, and Northeast Corridor Office of Alumni Affairs and Development as we welcome Congressman Steve Israel, Kathay Feng, Aziz Rana and Dr. Basil Smikle Jr., to discuss the health of our democracy today.

Congressman Steve Israel, Director, Cornell Institute of Politics and Global Affairs and Former Member of Congress (2001-2017). Israel left Capitol Hill - unindicted and undefeated - to pursue a career as a writer. In addition to writing two critically acclaimed satires of Washington, he heads the non-partisan Cornell University Institute of Politics and Global Affairs in New York City. Israel was a Member of Congress for sixteen years. He left in 2017, having served as House Democrats chief political strategist between 2011-2015 as Chairman of the Democratic Congressional Campaign Committee. President Bill Clinton called him "one of the most thoughtful Members of Congress." Which, Israel states, isn't really saying much at all. Israel is a regular political commentator on MSNBC. His insights appear regularly in The New York Times, The Atlantic Magazine, as well as The Washington Post and Wall Street Journal. He was profiled on HBO's Last Week Tonight with John Oliver and appeared on CBS' Sixty Minutes. Israel is currently the Director of the new nonpartisan Institute of Politics and Global Affairs at Cornell University, the only academically-based institute of politics in the New York City metropolitan area. Its mission is to raise the discourse and deeper understanding of political issues and geopolitics. He also served as a Tisch College Visiting Fellow at Tufts University, where he taught a course called "Topics in American Politics: Inside Congress and the 2018 Midterm Elections," and as an Institute of Politics Pritzker Fellow at the University of Chicago, where he taught a student-only and off-the-record seminar with former Congressman Tom Davis, who served on the other side of the aisle as the Chairman of the National Republican Congressional Committee (NRCC) from 1999 to 2003.

Kathay Feng A&S '91, has led Common Cause’s work to challenge partisan and incumbent gerrymandering, through litigation, state-based organizing around ballot initiatives and legislation and creating new platforms for community-based redistricting. As Executive Director of California Common Cause, she championed and won election and redistricting reforms, stronger government sunshine and accountability laws, campaign finance reforms, stronger net neutrality laws, and the voting rights of traditionally disenfranchised communities. Kathay is the architect of California’s Citizens Redistricting Commission, leading the multi-year effort to study, write, and pass the two initiatives, Propositions 11 and 20, that created the commission and new community-focused process. She also led efforts that secured passage of California laws bringing online voter registration and same day registration (called conditional voter registration) to the state. Locally, Kathay helped lead successful efforts to improve Los Angeles’ matching funds campaign finance system, providing a super-match of public funds to city office candidates that raise small dollar donations from city residents. Under Kathay’s leadership, CCC has anchored California’s election protection efforts, assisting and independently monitoring elections throughout the state, since 2006. Kathay has been an activist and civil rights attorney in California for more than 20 years. Before joining Common Cause in 2005, she headed the Voting Rights and Anti-Discrimination Unit at the Asian Pacific American Legal Center. She helped the center secure key voting rights, anti-hate crime, language rights and consumer rights laws while also working on high profile hate crimes cases, civil liberties advocacy, and election monitoring and polling. Her advocacy led to creation of the Los Angeles County Office of Independent Review, which provides citizen oversight over the Los Angeles Sheriff’s Department on issues ranging from discrimination to use of force. She serves, or has served, on numerous boards including the California Secretary of State’s Advisory Committee on Voter Participation and Outreach, the LA County Human Relations Commission, and the Asian Pacific Policy and Planning Council. She is a graduate of Cornell University, and holds a law degree from UCLA School of Law. Born in New York City, Ms. James received a B.A. from Cornell University, a J.D. from Columbia Law School, and a Masters in National Security Studies from NDU.

Aziz Rana, Professor of Law, Cornell Law School. Aziz Rana's research and teaching center on American constitutional law and political development, with a particular focus on how shifting notions of race, citizenship, and empire have shaped legal and political identity since the founding. His book, The Two Faces of American Freedom (Harvard University Press, 2010) situates the American experience within the global history of colonialism, examining the intertwined relationship in American constitutional practice between internal accounts of freedom and external projects of power and expansion. His current book manuscript explores the modern rise of constitutional veneration in the twentieth century -- especially against the backdrop of growing American global authority -- and how veneration has influenced the boundaries of popular politics. He has written essays and op-eds for such venues as The New York Times, The Nation, Salon.com, CNN.com, Jacobin, and N+1. He has recently published articles and chapter contributions (or has them forthcoming) with Yale University Press, California Law Review, and Texas Law Review among others. Prior to joining the Cornell faculty, he was an Oscar M. Ruebhausen Fellow in Law at Yale. He received his A.B. summa cum laude from Harvard College and his J.D. from Yale Law School. He also earned a Ph.D. in political science at Harvard, where his dissertation was awarded the university's Charles Sumner Prize.

Dr. Basil Smikle Jr., ILR '93, is a Professor at Rutgers University-Newark in the School Public Affairs and Administration and lectures at Columbia University's School of International and Public Affairs and Teachers College.  He was most recently the Distinguished Lecturer of Politics and Public Policy at the City University of New York’s School of Labor and Urban Studies.  He holds a PhD in Politics and Education and an MPA from Columbia University, and received a Bachelor of Science from Cornell University.  With over 15 years in higher education and 25 years of a career dedicated to public service, Basil regularly shares insights on electoral politics, governance, and public policy on national media outlets such as MSNBC, CNN, and Bloomberg TV. Previously, Basil was appointed by Governor Andrew Cuomo and Former Governor David Paterson to serve as the Executive Director of the New York State Democratic Party where he was the “second highest ranking Democrat” in the State.  Basil worked closely with elected officials and community leaders to manage electoral and fundraising strategies for the State. He recruited candidates for political office and worked closely with the Democratic National Committee to create grassroots mobilization programs and act as a Party surrogate during the 2016 cycle.  Under Basil’s leadership, Democrats flipped county legislatures, and county-wide seats - laying the foundation for returning the State Senate to full Democratic control in 2018 and flipping three Congressional seats.               Basil was a senior aide to Hillary Rodham Clinton on her Senate staff where he advised Senator Clinton on state-wide policy and politics. His work and collaboration had a substantial impact on the State of New York….Mrs. Clinton called Basil a “key advisor and tremendous public servant...who makes sure all voices are heard”.