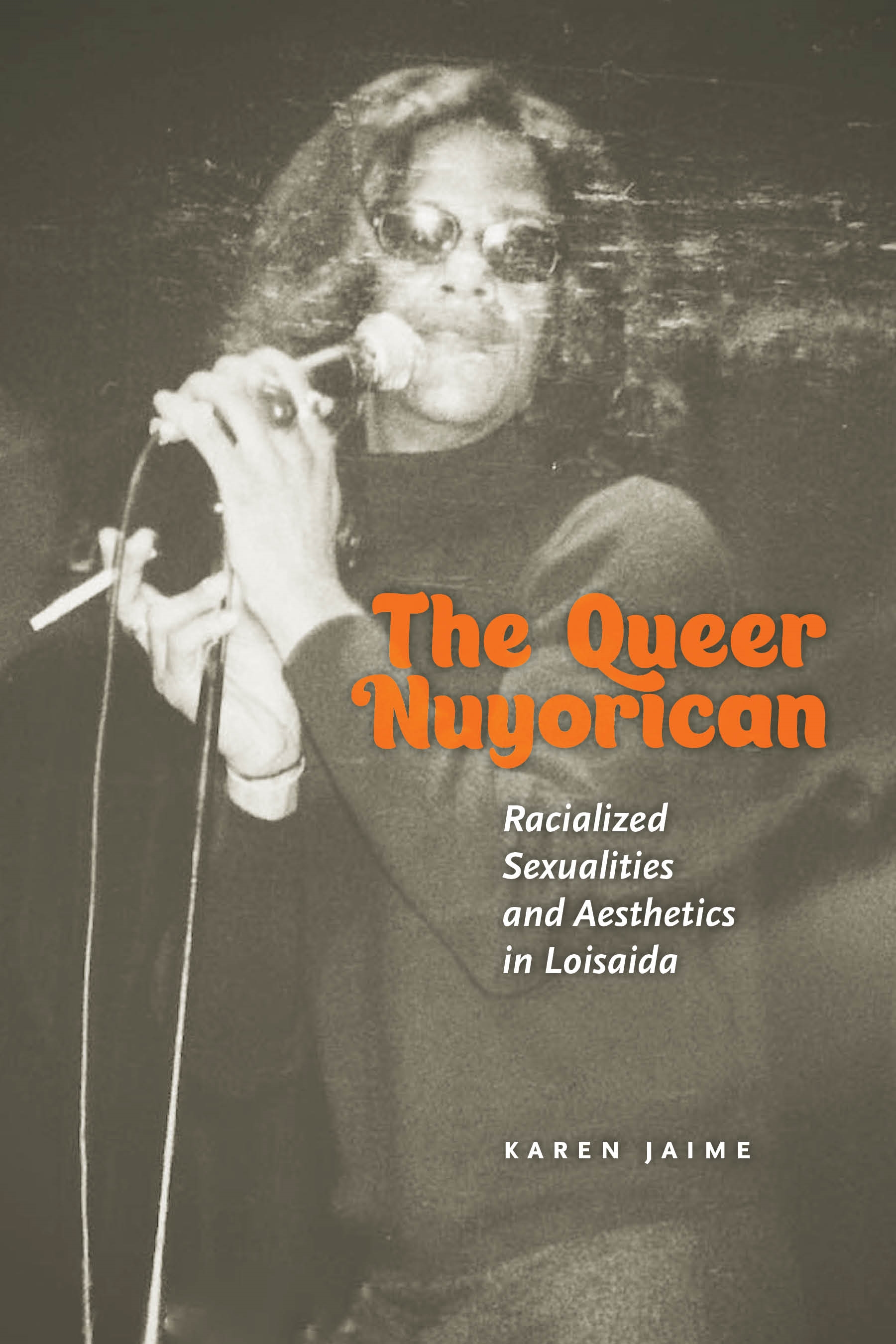 The Queer Nuyorican: Racialized Sexualities and Aesthetics in Loisaida

The Nuyorican Poets Café, founded in the 1970s by a group of predominantly Puerto Rican artists on New York’s Loisaida (or Lower East Side), is the birthplace of the nuyorican aesthetic. In a live, virtual, Chats in the Stacks talk, Karen Jaime discusses her new book, The Queer Nuyorican: Racialized Sexualities and Aesthetics in Loisaida (NYU Press, 2021), in which she documents how the Café, despite a popularly understood hetero-masculine history, has operated as a queer space since its founding, both in terms of sexualities and performance practices. Jaime’s new research, which draws from hip-hop studies, critical race, queer, literary, and performance theories, also examines how the term “Nuyorican,” originally a pejorative, race/ethnic identity marker, was reclaimed by the community it targeted and how it is connected to an aesthetic practice that recognizes and includes queer and trans artists of color.

Sponsored by Olin Library, the talk is followed by a live Q&A.

Jaime is assistant professor of performing and media arts and Latina/o studies at Cornell University. She is a former Institute for Citizens and Scholars Career Enhancement Junior Faculty Fellow (formerly the Woodrow Wilson Center), a former Rockefeller Foundation Research Fellow, and a former Chancellor’s Post-Doctoral Research Associate at the University of Illinois at Urbana-Champaign. While her poetry and critical writing have been published extensively, Jaime is also an accomplished spoken word/performance artist who served as the host and curator of the Friday Night Poetry Slam at the Nuyorican Poets Cafe from 2003 to 2005.