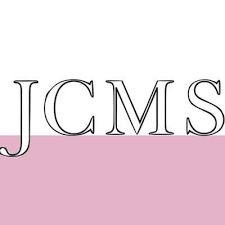 An informal conversation with Caetlin Benson-Allott, editor of the Journal of Cinema & Media Studies. This talk will give graduate students the opportunity to ask questions  and speak candidly with the editor.

Caetlin Benson-Allott received her MA and Ph.D. from Cornell.  She is author of Killer Tapes and Shattered Screens: Video Spectatorship from VHS to File Sharing (University of California Press, 2013) and Remote Control (Bloomsbury Press, 2015). Her work in US film history since 1968, film and media theory, exhibition and new media technology, and gender studies has appeared in the Atlantic, Cinema Journal, South Atlantic Quarterly, the Journal of Visual Culture, Jump Cut, Film Quarterly, Film Criticism, the Quarterly Review of Film and Video, and Feminist Media Histories, among other journals, and multiple anthologies. Her doctoral dissertation won the Society for the Cinema and Media Studies Best Dissertation Award in 2009. After winning Film Quarterly's 50th Anniversary Review Essay Competition in 2008, she continued to write for the journal and became a regular columnist in 2011. In 2017, she was elected the new Editor of Cinema Journal, the Society for Cinema and Media Studies's scholarly publication of record, a position she will hold through December 2022

Society for the Humanities, Media Studies