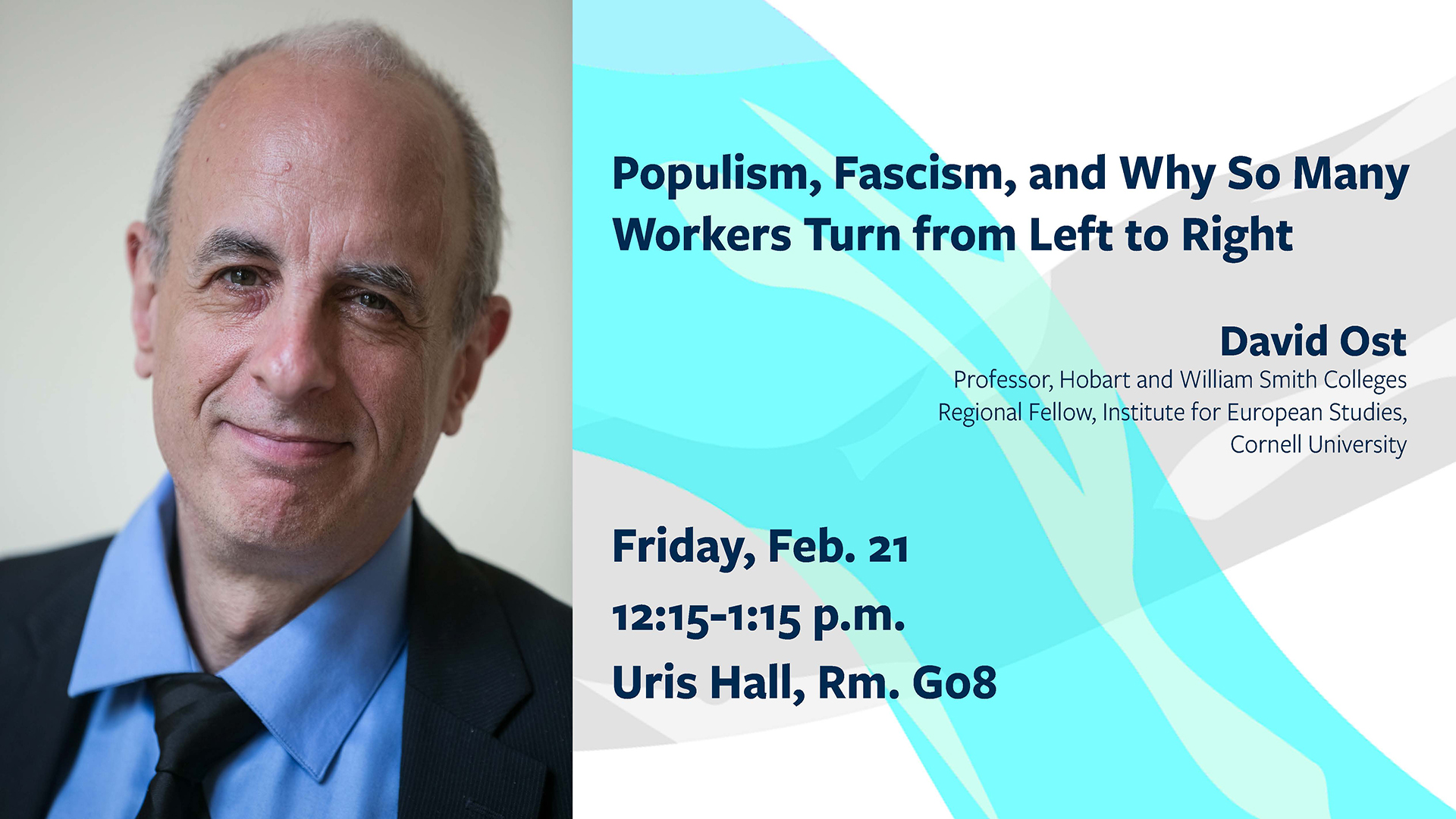 Populism, Fascism, and Why So Many Workers Turn from Left to Right

Abstract:
Many commentators have noted the links between today’s radical “populist” right and fascism by focusing on the contemporary right’s aggressive nationalism, bellicose language against minorities and “leftist elites,” rejection of political liberalism, treatment of political opponents as traitors, and the violence wished on enemies. Social scientists largely agree that fascism includes these features, but tend to reject the comparison because today’s populism lacks the mass violence and rejection of democracy that characterized fascism. Neither view allows us to understand the most confounding and significant element of both yesterday’s fascism and today’s right populism: their ability to attract considerable support from working class groups that traditionally supported the left. In order to understand this, we must conceptualize fascism as a left-wing of the radical right, and see populism as a way to revive this association in new conditions. Using recent scholarship demonstrating that workers (and not just the middle class) constituted a strong social base of fascism, and the extensive evidence from Europe and the United States today showing a sizeable drift among the dominant-ethnicity working class from social democratic to right-wing populist parties, I argue that what drives working class support for the radical right is not its anti-democratic features but its anti-capitalist and anti-elite elements. Fascism appealed to working class groups not via violence and the rejection of democracy but by promising to undo the class and status exclusions of liberalism which democracy sanctioned, just as today’s populism promises to attack the elitism and exclusionary practices of neoliberalism that liberal democracy endorses. Fascism and right-wing populism are decidedly right-wing political movements, but they gain labor support because they promise historically left-wing policies, not for all but for dominant-ethnicity workers. Right-wing populism is like fascism not because it’s violent but because it’s anti-elitist and anti-corporate. That left-wing parties in the two periods no longer succeeded in organizing working class anger is explained by the left’s paradoxical association with a consensus politics that seemed to protect capital, turning the radical right into the only apparent anti-systemic actor. The theoretical argument is illustrated with evidence from interwar Europe and from contemporary Europe, particularly Eastern Europe, and the United States.