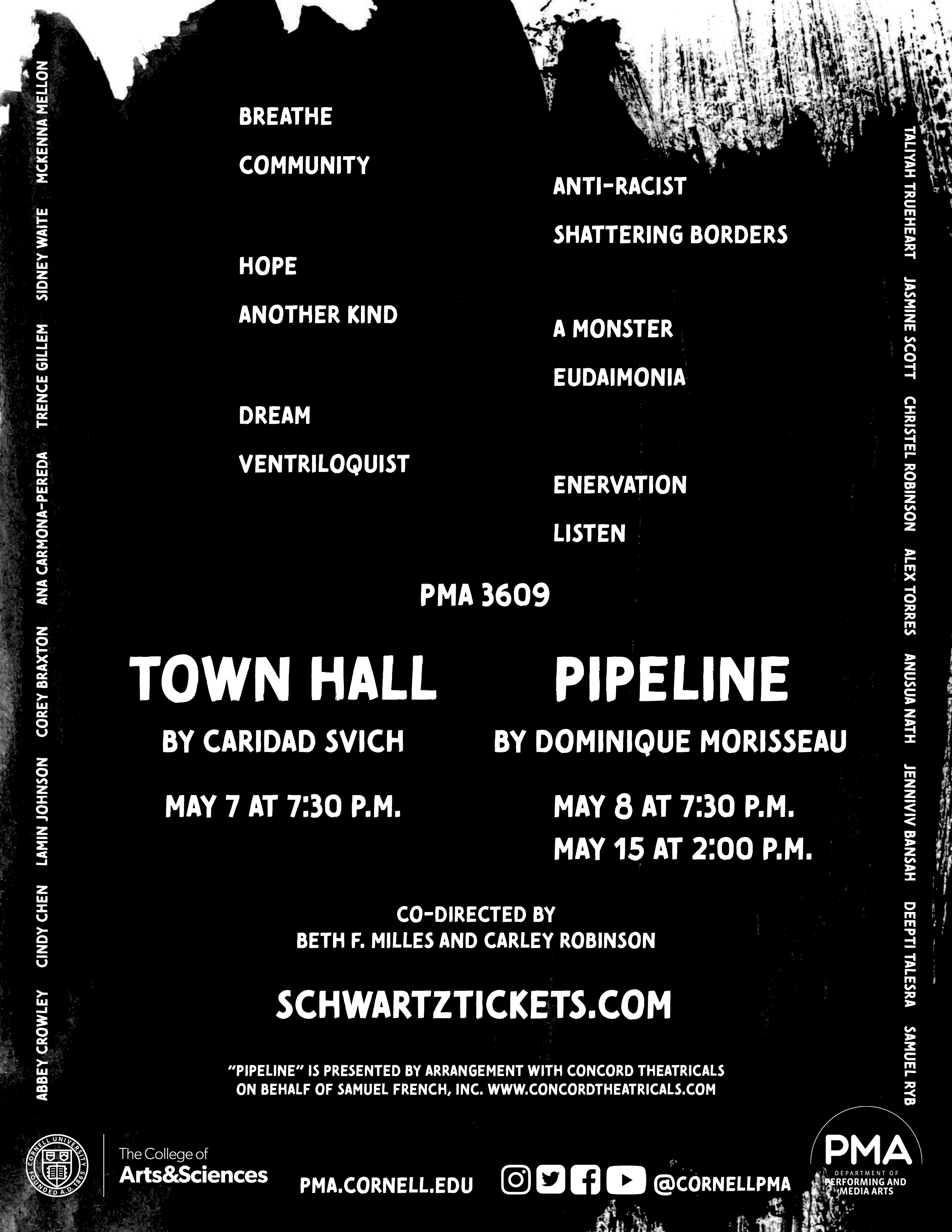 These pieces were produced by PMA and the students of 3609 in the wake of the COVID-19 pandemic and the national racial reckoning catalyzed by the murder of George Floyd. We have distanced and we have connected. We have spoken and we have listened. Together, we present this piece not to answer a question, but to continue a dialogue. We hope you'll join us.

Town Hall is an interactive exploration of the human condition. Is it possible for us to truly come together? To gather? To agree? If so, how?

Pipeline tells the story of Nya, an inner-city public high school teacher, who is committed to her students but desperate to give her only son Omari opportunities they'll never have.

A talkback will follow after the screening on Saturday, May 15.

Reserve your free ticket at schwartztickets.com. A link will be emailed to you prior to showtime. (Based on your personal email settings, if you do not receive this email in your inbox, please be sure to check your spam/junk folder.)

Caridad Svich’s work as a playwright, translator, lyricist, and essayist has been seen in print, live theatre and digital stages at diverse venues across the US and abroad. Key works in her repertoire include 12 Ophelias, Iphigenia Crash Land Falls…, Red Bikeand The House of the Spirits (based on Isabel Allende’s novel). Recent premieres include The Book of Magdalene and Theatre: a love story. As a screenwriter, her first feature film Fugitive Dreams, based on her play, has been seen at the Fantasia, Austin, Tallinn Black Nights, Manchester (UK) and Maryland Film Festivals. Among her awards are the 2012 OBIE for Lifetime Achievement, and the 2011 American Theatre Critics Association Primus Prize. She is founder of NoPassport theatre alliance and press and an editor at Contemporary Theatre Review. She has edited several books on theatre. Her most recent book is on Hedwig and the Angry Inch (Routledge). She was awarded the 2018 Ellen Stewart Award for Career Achievement in Professional Theatre from the Association for Theatre in Higher Education.

“Pipeline” is presented by arrangement with Concord Theatricals on behalf of Samuel French, Inc. www.concordtheatricals.com