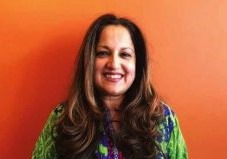 Canceled: “Pluralism, Difference and an Ethics of Hospitality: Reclaiming the Muslim Woman’s Narrative on the War on Terror,” by Shaireen Rasheed, CMS Seminar Series

The image of a veiled woman captioned, ‘’Face of Islam’’ appears in juxtaposition to the photos of the crumbling twin towers of the world trade center. Featured in the NY Times photo essay of the year 2001, those often-repeated media images link the oppression of Muslim women to terrorist violence. They also point to the gender politics on the war on terror. And the ways gender has been manipulated to reinforce a clash of civilizations of Islam versus the West (Huntington, 1996). Using current policies in Europe, specifically in France, Germany and Austria against burkas and burkinis I hope to explore the reasons why Muslim women’s interests have become the civilizing mission in the ‘war on terror.’ By critically examining how Western notions of patriotism, liberalism, secularism, freedom have been couched within the discourse of sexual rights I go on to explain this new politics of belonging is thus inseparable from the new politics of exclusion. This shift has not been without consequences for progressive social movements. Whereas in social and cultural analysis, nationalism has long been associated with male dominance, sexual control, heteronormativity; certain articulations of feminism have now been intimately linked with the reinforcement of ethnocultural boundaries within the Western framework. A required allegiance to sexual liberties and rights has been employed as a technology of control and exclusion-or what Joan Scott calls, ‘’politics of sexclusion.’ My presentation will elucidate that whether it is the right to don a veil in manifestation of ones visibly Muslim identity or taking off the veil and asserting ones right as a woman ‘to bare ones arms, (to use the words of the philosopher Kelly Oliver) ’ the role of the Muslim woman subject in the current discourse of reform on burqas and burkinis takes on neo-liberalization's alienation of the state and its citizens to its logical conclusion-that of transfiguring the societal processes that impact on the freedom of the individual—notably the state and civil society—into something in-assimilable to that individual's claims to self-ownership and self-mastery. Whether we are talking about the banning of burqas and burqinis in Europe or women driving in Saudi Arabia -any discussions of Muslim women is either sexualized, desexualized. And no space for the Muslim women to create her own space. Using Luce Irigaray’s ethics of sexual difference as a way to rethink current dichotomous liberal/fundamental discourse surrounding Muslim identities and re-situating it within the realm of Critical Muslim Studies I offer a third space where Muslim women can and must reclaim their identity and narrative within an ethical framework in a political/ public space.

Shaireen Rasheed is a Professor of Philosophy in the Department of Teaching and Learning at Long Island University.

Shaireen Rasheed, Professor of Philosophy, Department of Teaching and Learning