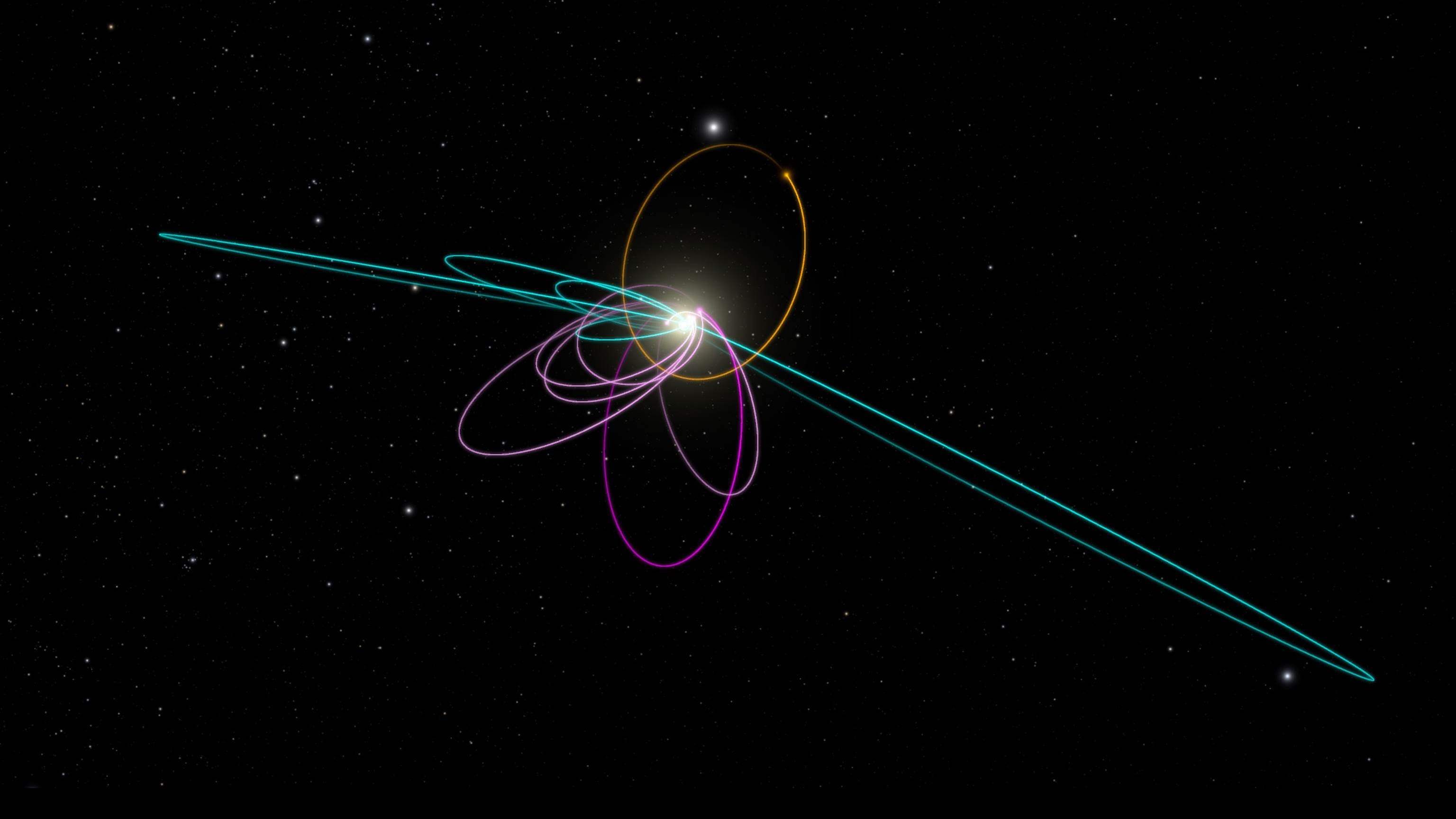 Abstract: At the outskirts of the solar system, beyond the orbit of Neptune, lies an expansive field of icy debris known as the Kuiper belt. The orbits of the individual asteroid-like bodies within the Kuiper belt trace out highly elongated elliptical paths, and require hundreds to thousands of years to complete a single revolution around the Sun. Although the majority of the Kuiper belt’s dynamical structure can be understood within the framework of the known eight-planet solar system, bodies with orbital periods longer than about 4,000 years exhibit a peculiar orbital alignment that eludes explanation. What sculpts this alignment and how is it preserved? In this talk, I will argue that the observed clustering of Kuiper belt orbits can be maintained by a distant, eccentric, Neptune-like planet, whose orbit lies in approximately the same plane as those of the distant Kuiper belt objects, but is anti-aligned with respect to those of the small bodies. In addition to accounting for the observed grouping of orbits, the existence of such a planet naturally explains other, seemingly unrelated dynamical features of the solar system.