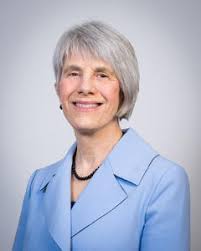 Paula England - Is the Gender Revolution Stalled? An update

This talk, through an examination of the change in multiple indicators of gender inequality for the period of 1970 to 2018, will unpack the dramatic, historic progress toward gender equality, while also underscoring the recent slowdown in progress, which, on some indicators, has stalled entirely.

Paula England is Professor and Chair of Sociology at NYU.

Her research concerns gender inequality at work and at home. She has written on the sex gap in pay, occupational segregation, how couples divide housework, and the wage penalty for motherhood.

Her more recent work deals with changing family patterns in the US and how they differ by social class.

This lecture is the keynote address of Gender Inequality in the Workplace, the Center for the Study of Inequality’s Spring 2020 Conference

Sociology, Center for the Study of Inequality