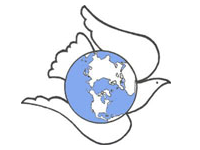 Raza Ahmad Rumi, scholar in residence at Ithaca College's Honors Program, is a writer, policy analyst, and journalist from Pakistan. Currently, he is also a visiting faculty member at New York University, a fellow at the National Endowment for Democracy in Washington, DC, and at the Berkley Center for Religion, Peace, and World Affairs at Georgetown University. He has been affiliated for a decade with The Friday Times, Pakistan's liberal weekly paper, as a writer and an editor. Rumi is also a commentator for several Pakistani and international publications. In Pakistan, he worked in broadcast media as an analyst and hosted television shows. Rumi moved to the United States in 2014, after an assassination attempt in March 2014 due to his stance against extremism in Pakistan. Prior to his journalistic career, Rumi worked at the Asian Development Bank as a Governance Specialist where he worked on institutional reform and capacity development and edited several publications on public administration and governance. He started his career with Pakistan's civil service and also worked with United Nations Peacekeeping Mission in Kosovo.