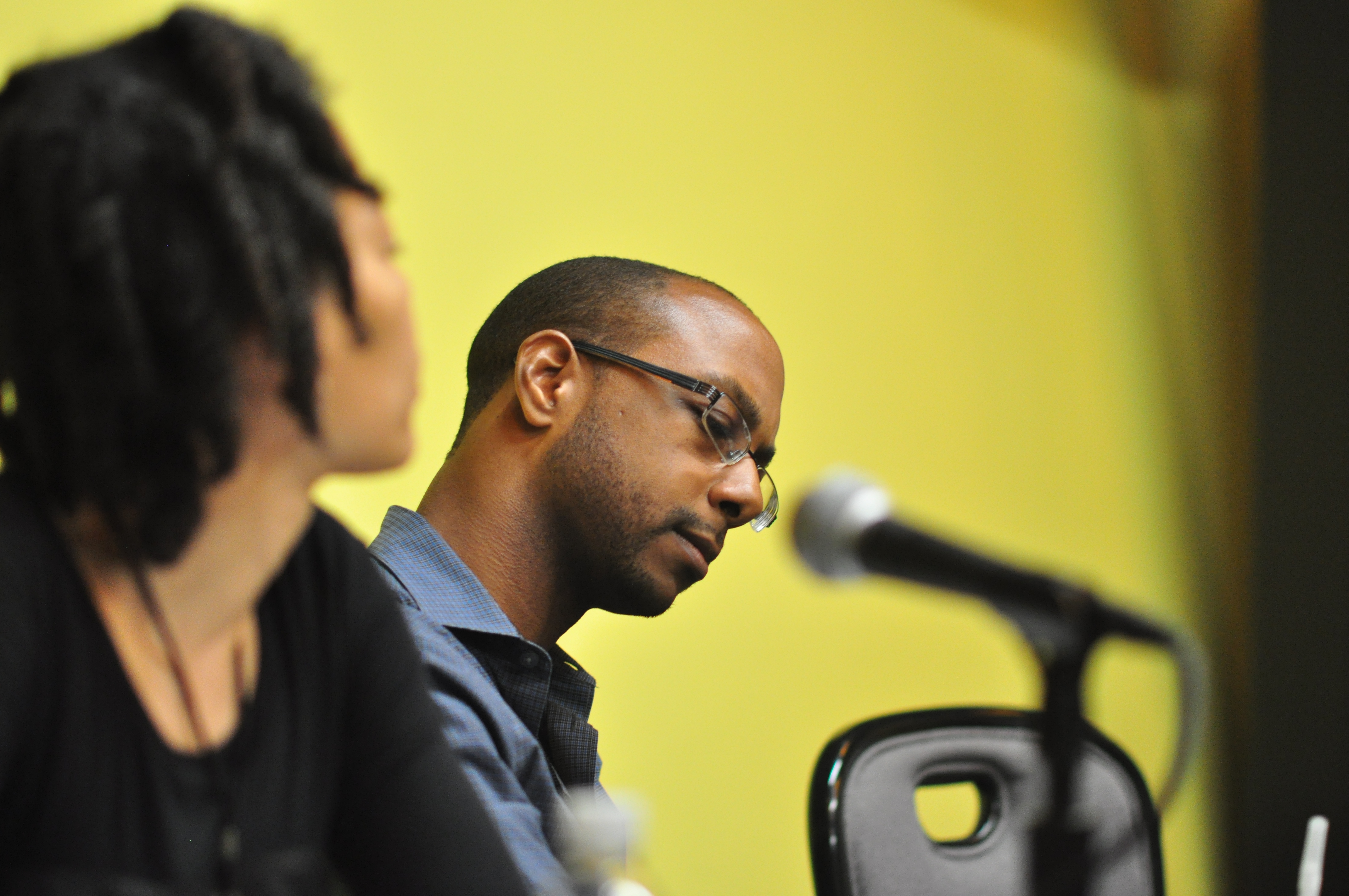 In the summer of 1972, jazz artist Miles Davis released On the Corner, his first jazz-fusion studio album that deliberately sought to address African American political consciousness of the early 1970s. For example, the album art depicted men in red, green, and black as well as black leather coats and berets, serving as visual allusions to Pan-Africanism and the Black Panther Party, respectively. Along with these visual signifiers of 1970s Black politics, the music of On the Corner emphasized funk rhythmic patterns that were reminiscent of James Brown, Sly Stone, and The Last Poets, all Black Power cultural icons of the late 1960s/early 1970s. And yet, despite these visual and musical expressions of early 1970s Black political thought, there were two elements of On the Corner that ran antithetical to dominant discourses of blackness and Black politics at this time: queerness and South Asianness. Indeed, South Asian music and musicians played a central role in the album; and the album cover art also gestured to Black male queerness. How, then, might we make sense of these sonic and visual elements of On the Corner that do not align with dominant representations of Black politics and life at the time? This paper addresses this question by revisiting the music, visual art, and sociohistorical context of On the Corner, and argues that the album linked and expressed South Asian sound and alternative sexualities as constitutive formations—formations that dually animated and expanded notions of blackness and Black politics of the early 1970s.

Elliott H. Powell is Beverly and Richard Fink Professor in Liberal Arts and Associate Professor of American Studies and Asian American Studies at the University of Minnesota. His work sits at the intersections of race, sexuality, and popular music. He is the author of Sounds from the Other Side: Afro-South Asian Collaborations in Black Popular Music (University of Minnesota Press, 2020), which received the 2022 IASPM-US Woody Guthrie Book Award. His work can also be found in many journals and edited volumes like GLQ, the Journal of Popular Music Studies, the Jazz Research Journal, Amerasia Journal, and The Black Scholar. He is currently the co-editor of the Journal of Popular Music Studies.