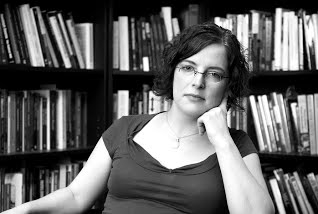 Michaele Ferguson at the Political Theory Workshop - "The Politics of Reading: Against a ‘Dual System’ Reception of Iris Young’s Work"

Michaele Ferguson, associate professor of political science at the University of Colorado at Boulder, will present her paper "The Politics of Reading: Against a ‘Dual System’ Reception of Iris Young’s Work." The paper will be circulated on an email list in advance and participants come prepared to discuss it.

Michaele L. Ferguson is associate professor of political science and President’s Teaching Scholar at the University of Colorado at Boulder. She is the author of Sharing Democracy (Oxford, 2012), co-editor with Lori J. Marso of W Stands for Women: How the George W. Bush Presidency Shaped a New Politics of Gender (Duke, 2007), and co-editor with Andrew Valls of Iris Marion Young: Gender, Justice, and the Politics of Difference (Routledge, 2021). She has written numerous articles on feminist and democratic theory, including most recently “Dead Dogma and the Limits of Feminist Political Imagination: Thinking #Metoo as Consciousness-Raising," in Theory & Event, April 2022. She is currently working on a book on feminist political theory, Bandita: Iris Young and the Politics of Reading, Writing, and Citation, and she is developing a role-playing game on the Paris Commune. She is the Co-President of the Association for Political Theory and a Consulting Editor for Contemporary Political Theory.

If you have questions or would like to be added to the Workshop’s email list, email Sam Rosenblum, the graduate student coordinator for 2022-23, at smr335 (at) cornell (dot) edu.

To find out more information, go to https://government.cornell.edu/political-theory-workshop.