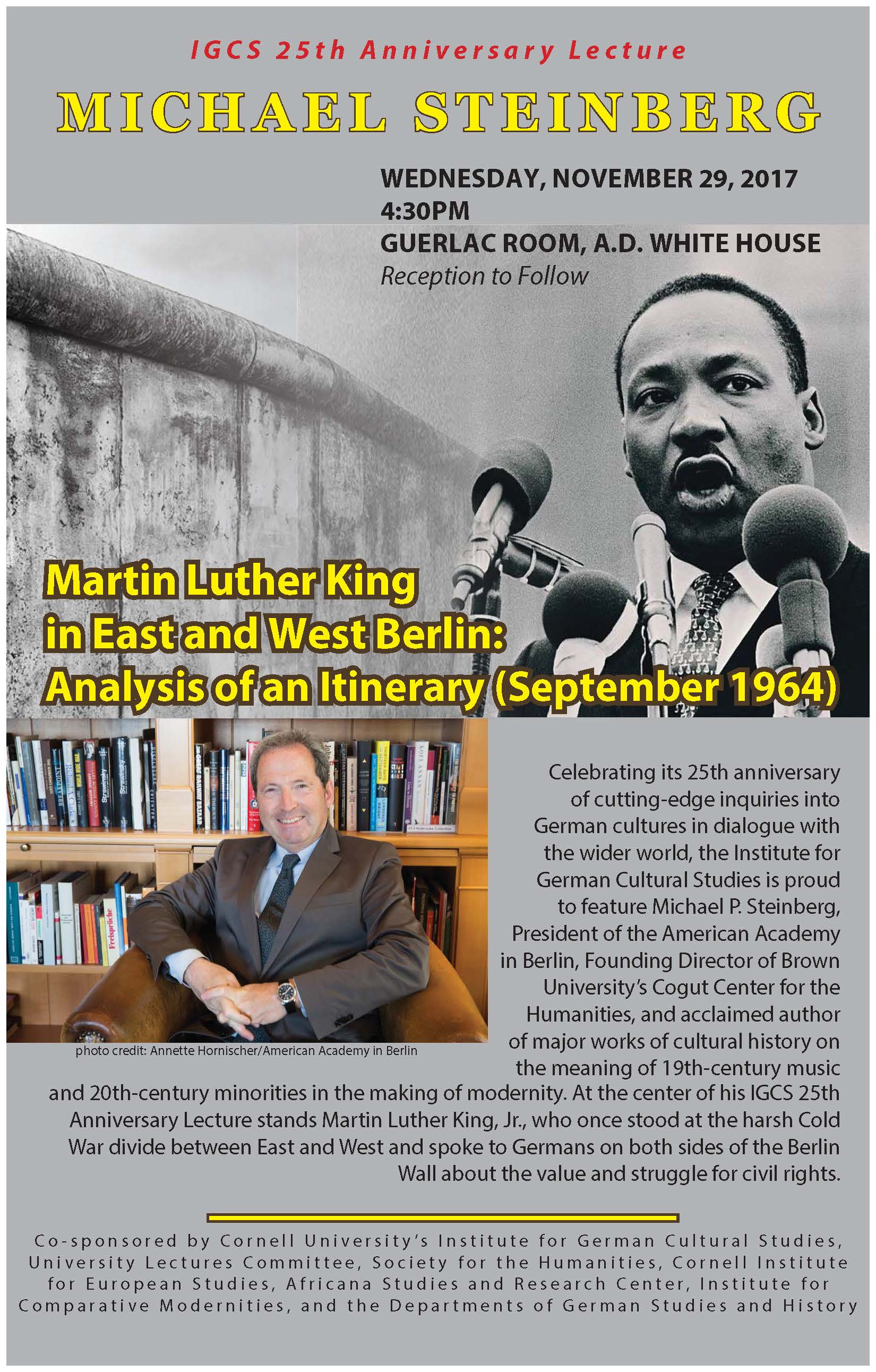 Martin Luther King in East and West Berlin: Analysis of an Itinerary (September 1964)

Celebrating its 25th anniversary of cutting-edge inquiries into German cultures in dialogue with the wider world, the Institute for German Cultural Studies is proud to feature Michael P. Steinberg, President of the American Academy in Berlin, Founding Director of Brown University’s Cogut Center for the Humanities, and acclaimed author of major works of cultural history on the meaning of 19th-century music and 20th-century minorities in the making of modernity. At the center of his IGCS 25th Anniversary Lecture stands Martin Luther King, Jr., who once stood at the harsh Cold War divide between East and West and spoke to Germans on both sides of the Berlin Wall about the value and struggle for civil rights.