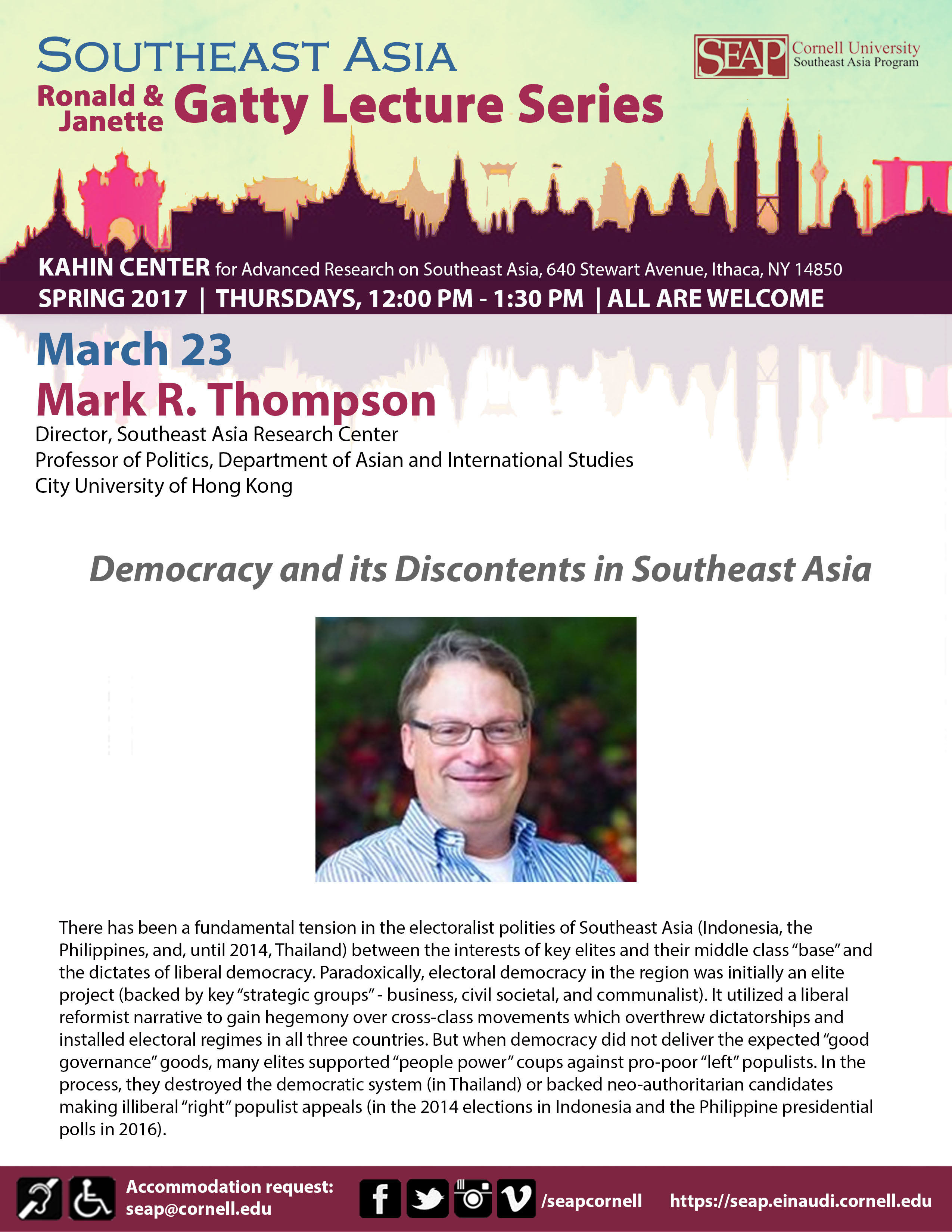 "Democracy and its Discontents in Southeast Asia"

There has been a fundamental tension in the electoralist polities of Southeast Asia (Indonesia, the Philippines, and, until 2014, Thailand) between the interests of key elites and their middle class “base” and the dictates of liberal democracy. Paradoxically, electoral democracy in the region was initially an elite project (backed by key “strategic groups” - business, civil societal, and communalist). It utilized a liberal reformist narrative to gain hegemony over cross-class movements which overthrew dictatorships and installed electoral regimes in all three countries. But when democracy did not deliver the expected “good governance” goods, many elites supported “people power” coups against pro-poor “left” populists. In the process, they destroyed the democratic system (in Thailand) or backed neo-authoritarian candidates making illiberal “right” populist appeals (in the 2014 elections in Indonesia and the Philippine presidential polls in 2016).

Professor Mark R. Thompson is head of the Department of Asian and International Studies and director of the Southeast Asia Research Centre, both at the City University of Hong Kong. He was the Lee Kong Chian distinguished fellow of Southeast Asian studies at the National University of Singapore (2007) and Stanford University (2008). He is the author of The Anti-Marcos Struggle (1995), Democratic Revolutions: Asia and Eastern Europe (2004) and the co-editor of Dynasties and Female Leaders in Asia (2013). He is completing a manuscript on the Philippine presidency (with Julio C. Teehankee) as well as a book about authoritarian modernism in East Asia. He is also working on a research project, funded by the Hong Kong government’s General Research Fund, concerning the problems of democracy in Southeast Asia and, with a Strategic Research Grant from the City University of Hong Kong, on China’s obsession with the “Singapore Model.”