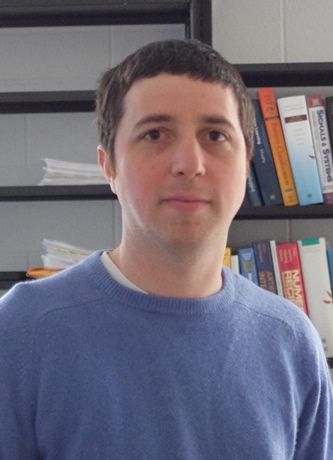 I will describe a general framework for probabilistic modeling of complex scenes and for inference from ambiguous observations. The approach is motivated by applications in image analysis and is based on the use of models defined by stochastic grammars. The models we consider capture relationships between the objects in a scene and provide important cues for statistical inference. The distribution defined by a scene grammar can be represented by a graphical model and this construction can be used for efficient inference with loopy belief propagation.  The framework leads to robust inference algorithms that can effectively combine local information to reason about a scene.

Pedro Felipe Felzenszwalb received the BS degree in computer science from Cornell University in 1999. He received the MS and PhD degrees in computer science from MIT in 2001 and 2003.  His main research interests are in computer vision, machine learning and discrete algorithms.  He was a professor of Computer Science at the University of Chicago from 2004 to 2011.  He joined Brown University in 2011, where he is currently a Professor of Engineering and Computer Science. His work has been supported by the National Science Foundation, including a CAREER award received in 2008.  He received the Longuet-Higgins Prize for a fundamental contribution to computer vision is 2010 and 2018.  He received an IEEE Technical Achievement Award in 2014 and the ACM Grace Murray Hopper Award in 2013.