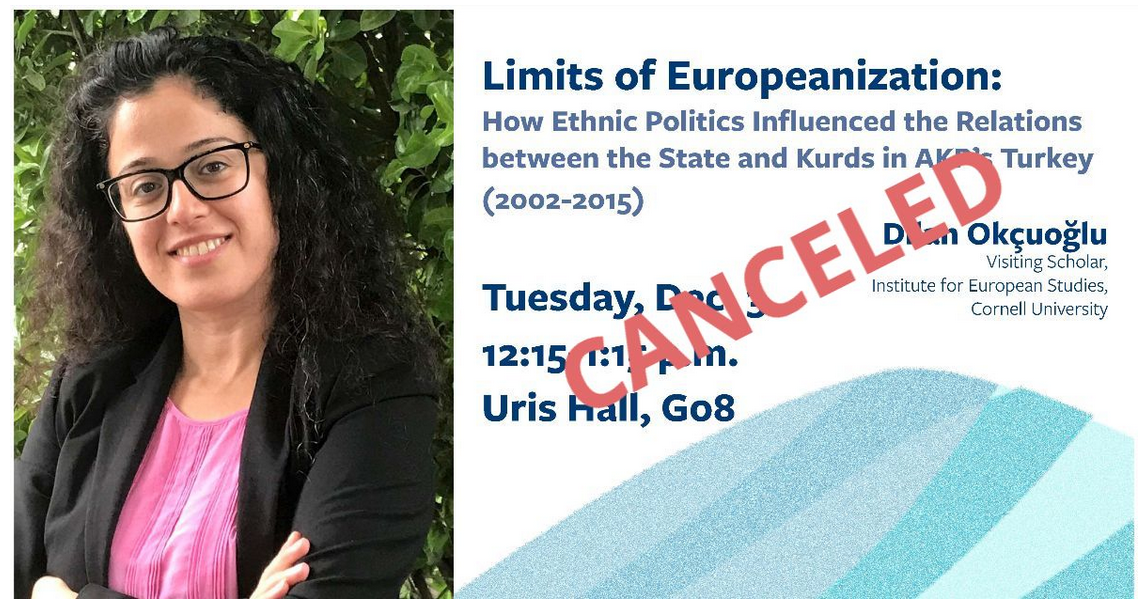 *CANCELED* Limits of Europeanization: How Ethnic Politics Influenced the Relations between the State and Kurds in AKP’s Turkey (2002-2015)

Unfortunately, due to unforeseen circumstances, the scheduled talk by Dilan
Okçuoğlu has been canceled. —

Why has Europeanization led to diverse outcomes in terms of minority accommodation in a range of contexts? I engage with some aspects of this broad but also intriguing question in my talk and focus more on certain processes and actors from Turkey’s political scenery in the last two decades to explore the interface between institutionalized patterns of ethnic politics and minority reform process--also known as the Kurdish Opening.

According to much of the available scholarship on majority-minority relations in democratizing states, a shift in state policies from minority exclusion to increased accommodation should lead to increased interethnic peace and improved majority-minority relations (Kelley 2006; Peleg 2007; 2011). This is a widely held assumption in democratization scholarship, and it has also been an important argument advanced by supporters of the expansion of the European Union. Yet, in certain democratizing states that encompass significant and politically mobilized minority communities, democratization at the level of the formal recognition of minority rights has not led to reduced violence.

Similarly, the launch of the Kurdish Opening by Turkey’s AKP did not lead to reconciliation between the Kurds and the Turkish state. Why did the Kurdish Opening fail and how did the institutionalized and spatial patterns of ethnic politics get involved with that negative outcome? This talk addresses this puzzle through an exploration of the relationship between the Turkish state and the Kurds at the institutional and spatial levels of analysis under the rule of AKP.

Dilan Okçuoğlu received her PhD and MA in Political Studies from Queen’s University in Canada. She has an interdisciplinary background in politics, economics and philosophy. Dr.Okcuoglu's teaching and research interests primarily lie in the politics of MENA, conflict and peace studies, comparative territorial and border politics, democratization, ethnic politics and nationalism as well as state-minority relations in conflict zones. She has expertise mostly in qualitative research methods but her BA degree in Economics from Bogazici University equipped her with the necessary analytical skills to conduct quantitative research. Dr. Okcuoglu will start her postdoctoral fellowship at the American University in Washington, DC in 2020-2021.