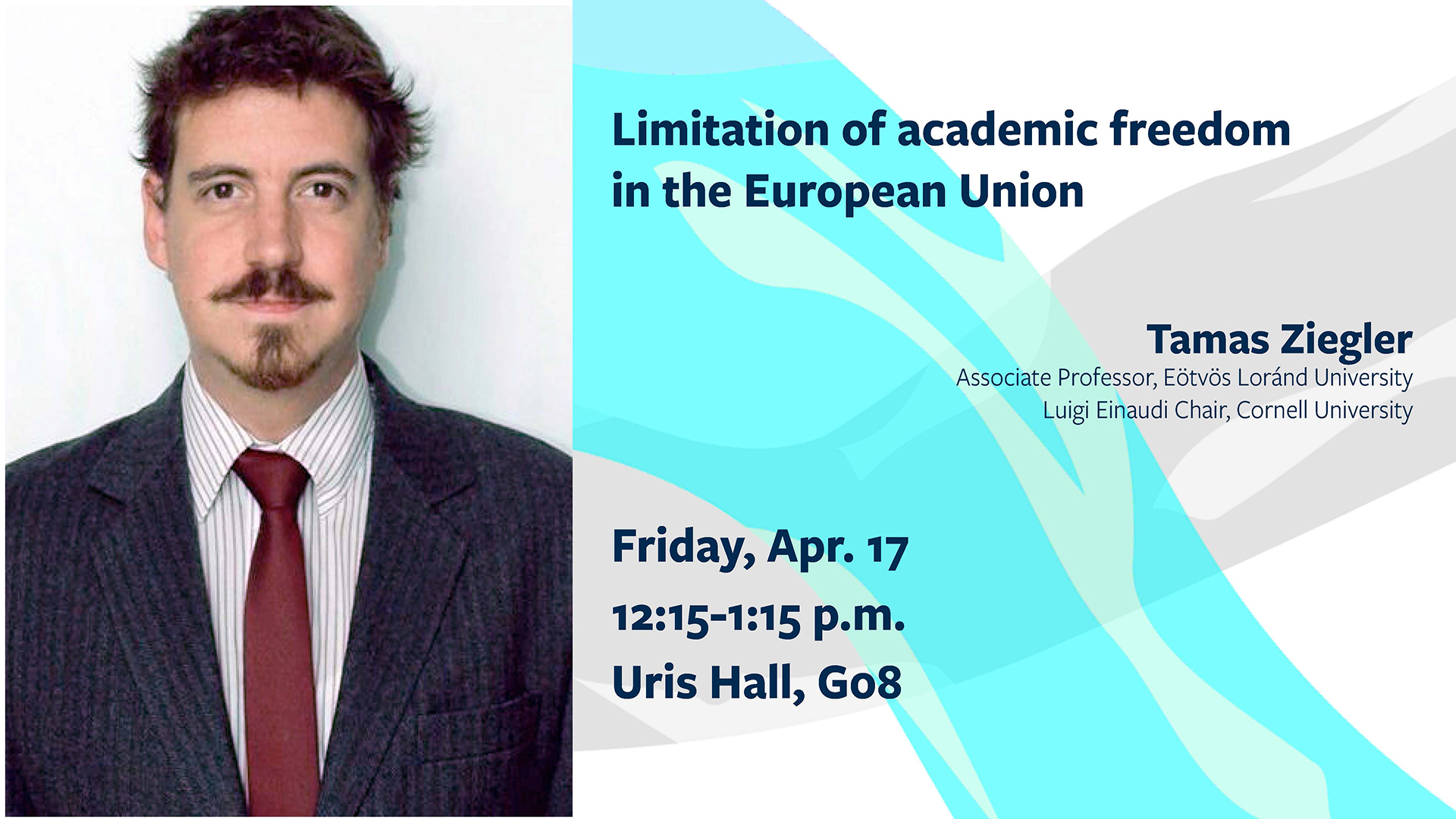 CANCELED - Limitation of Academic Freedom in the European Union

Abstract: The lecture overviews the measures leading to a systemic limitation of academic freedom in Hungary, and answers the question why the European Union is unable to react to this phenomenon effectively. It shows that autocracies can limit academic freedom without using extreme forms of repression (like putting scholars into prison, or murdering them). In the European Union, this “lighter” form of oppression is especially problematic, because in theory, the EU is a community built on democratic values like ‘freedom’ and ‘rule of law’. The lecture claims that one reason for the vague answers of the EU to the democratic backsliding of countries like Hungary or Poland is that Western countries do not live up to their Enlightened ideals: elements contrary to the values of humanism or rationality are widely accepted, tolerated, and even codified all around Europe, and they are present also in EU legislation. However, for the long term, tolerating and accepting post-fascist values can lead to a strong disintegration among EU member states, and also to an abolishment of the moral character of cooperation within the European Union. Enforcing rights like academic freedom is not the ‘liberal tyranny of values,’ but a basic requirement for maintaining a value-based and democratic community.

Bio: Tamas Dezso Ziegler is an associate professor in the Department of International Relations and European Studies at the Faculty of Social Sciences of Eötvös Loránd University (Budapest). He is a former research fellow of the Institute for Legal Studies of the Hungarian Academy of Sciences (Budapest), which was cut out of the Hungarian Academy of Sciences and put under government control in 2019. His major is EU law (commercial law, justice and home affairs, human rights and commerce), European politics and European policy making from a comparative persective. He has held numerous visiting positions in the UK, Norway, China, Germany, Switzerland and the US. Recently, he was a visiting fellow (grant holder) of Max Planck Institute for Comparative Public Law and International Law in Heidelberg, where he analysed the legal aspects of academic freedom in the EU, and also a guest of the Contestations of the Liberal Script (Scripts) research project of Free University Berlin, where he checked the intra-European political aspects of enforcing academic freedom.