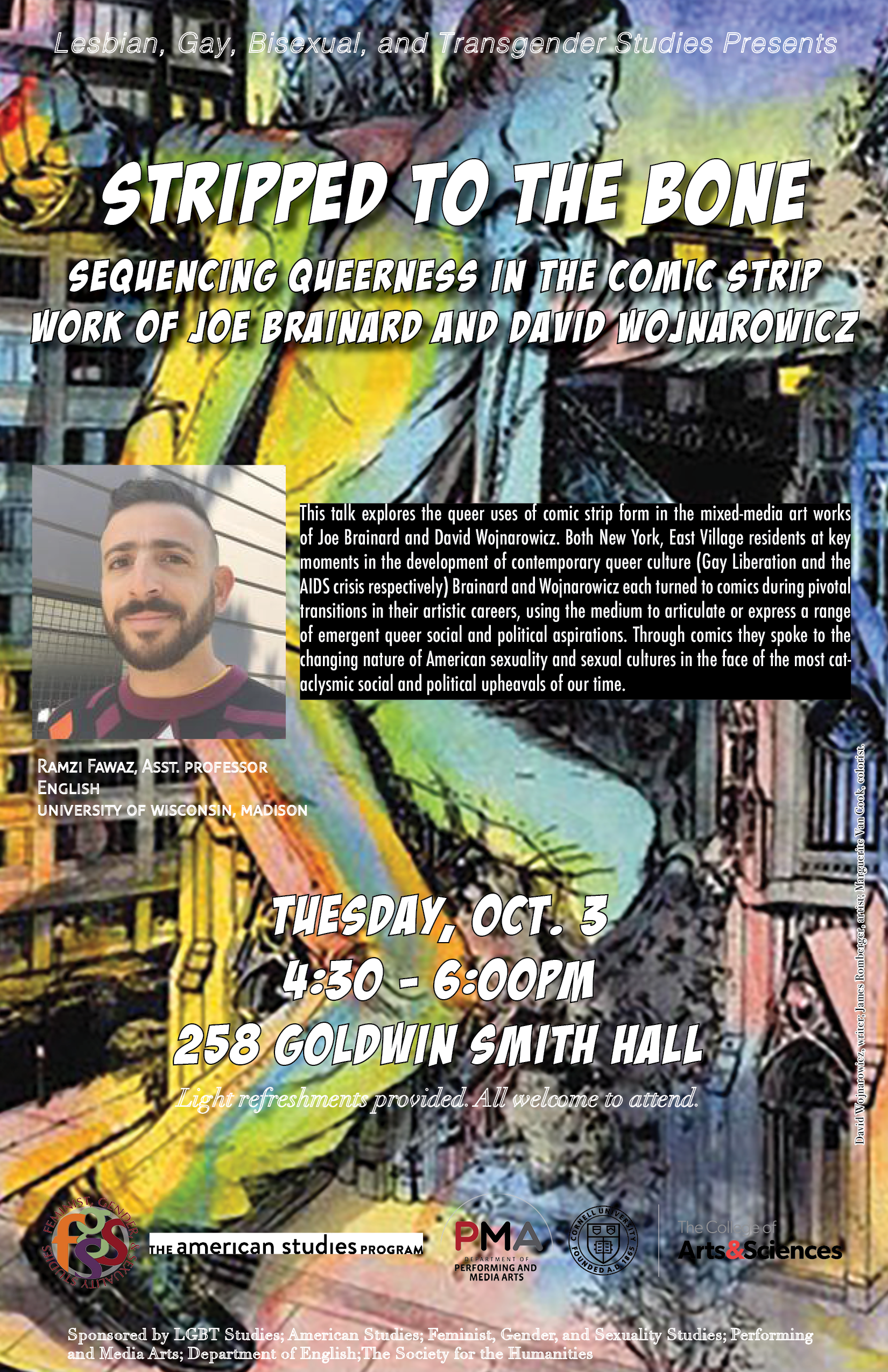 Stripped to the Bone: Sequencing Queerness in the Comic Strip Work of Joe Brainard and David Wojnarowicz

This talk develops a queer theory of comics strip form by exploring the comics work of mixed-media artists Joe Brainard and David Wojnarowicz. Both New York residents of lower Manhattan at key moments in the development of contemporary U.S. queer culture—gay liberation and the AIDS crisis respectively—Brainard and Wojnarowicz showed artistic affinity with the comics medium throughout their short-lived but prodigious careers in the 1970s and 1980s.  In the early 1970s, Brainard adopted the classic comic strip character Nancy in a series of paper works that functioned as enlarged comic strips; in these panels, Brainard depicted Nancy in a variety of radical sexual and social positions (as transgendered, high on drugs, performing in a pornographic movie, and much more) that allowed viewers to imagine a traditionally American icon as a potentially queer one inhabiting multiple, non-synchronous identities. Little more than a decade later, in David Wojnarowicz’s graphic memoir, 7 Miles a Second (1988-1993), the artist and his collaborators James Romberger and Marguerite Van Cook, used the visual disjoint between comic strip panels to formally dramatize the experience of social alienation and physical pain associated with being a queer person with AIDS. Through a historically situated close reading of these two works, I show how Brainard and Wojnarowicz each deployed the formal codes of the comics medium to articulate emergent affective orientations towards transformations in alternative sexual cultures; consequently, I argue for an understanding of comic strip sequence as a formal expressions of modern queer sexuality as an unpredictable unfolding of countless erotic possibilities.