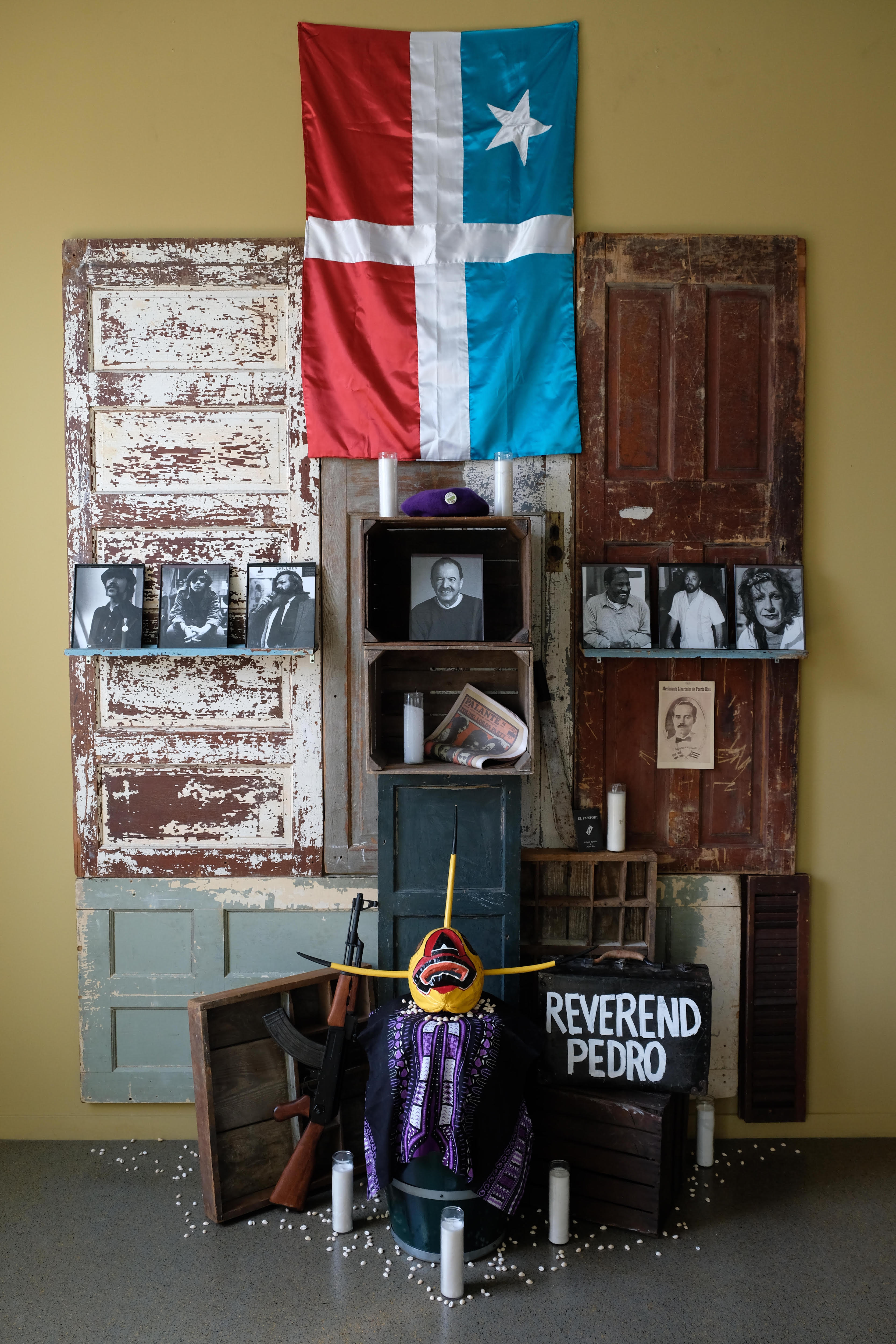 Talk: The Revolution Will Not Be Aestheticized (Too Much): Some Lessons Learned from Memorializing the Art and Activism of the Young Lords Party

Between 1969 and 1974, the spectacular activism of the Young Lords Party (YLP) in New York drew international attention to campaigns for social justice that Puerto Ricans and other peoples of color were waging in the United States. The success of the YLP on the ground and in the media was in part due to the cross-disciplinary talent pool of its leadership circle whose skillful demonstrations and artfully constructed propaganda promoted the party as the vanguards of the barrios. Advocating for community control of health, housing, education and food, the YLP took over public facilities that were not serving the people and created communally run projects that, although short-lived, had a long term influence on the social-aesthetic imaginary of generations of artists and activists in New York, Puerto Rico, and beyond. Yasmin Ramirez, PhD, will discuss her involvement in the construction of two recent exhibitions on the multi-faceted history of the Young Lords Party in New York. We will consider the conflicts, negotiations, compromises, and rewards involved with exhibiting radical organizations like the Young Lords Party in mainstream institutions like museums vis-a-vis community centers, working effectively (and not) with living members of a group, and the challenging and changing distinctions between artworks and archival materials.

Yasmin Ramirez is an art worker, curator, and writer based in New York City. She holds a Ph.D. in Art History from the Graduate Center, CUNY. Currently an independent curator, Dr. Ramirez has collaborated on curatorial projects with The Bronx Museum, El Museo Del Barrio, The Loisaida Center, The New Museum, The Studio Museum in Harlem, Franklin Furnace, and Taller Boricua. Her critically acclaimed exhibitions and panels include, most recently: Pasada y Presente:Art After the Young Lords 1969 – 2019 (2019); Home, Memory, and Future (2016); Martin Wong: Human Instamatic (2015); and ¡Presente!: The Young Lords in New York (2015). Dr. Ramirez is currently writing a book on art movements and collectives in East Harlem.

Sponsored by the Cornell Public History Initiative and the Department of HIstory, with the support of the Polenberg Fund for Undergraduate Education and Latina/o Studies.