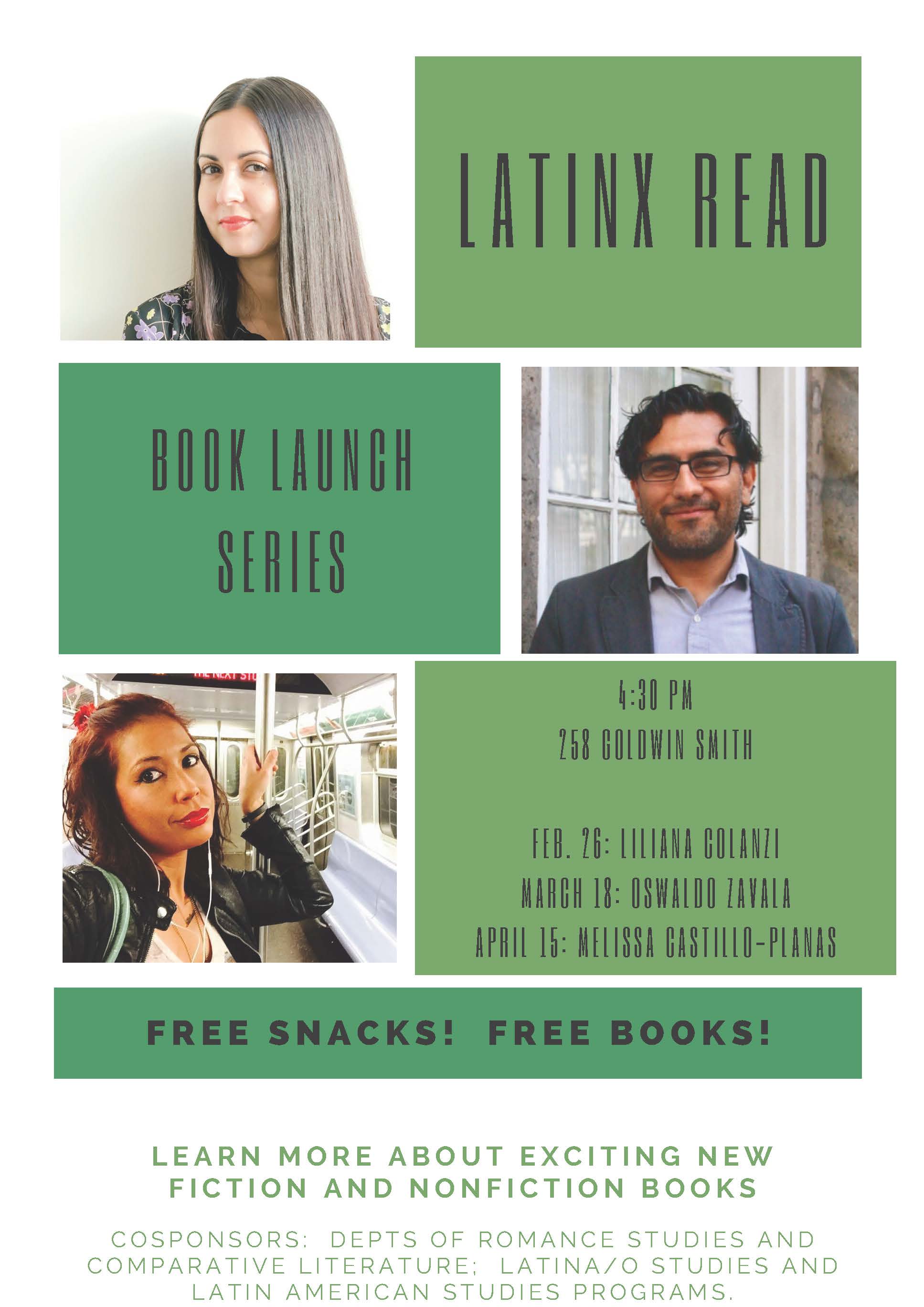 NOTE: The March 18 and April 15 evetns are cancelled.

Liliana Colanzi Serrate is a Bolivian writer, editor, and journalist. She is the author of three short story collections, among them Our Dead World (2016), which was translated into English in 2017. In 2015 she won the International Aura Estrada literary prize, given to Spanish-speaking authors under 35 who live in Mexico and the United States. In 2017, Colanzi was named as one of the Bogota39, a selection of the best young writers in Latin America. https://romancestudies.cornell.edu/news/two-professors-nominated-prestigious-short-story-award

Oswaldo Zavala, a Mexican journalist turned professor of Latin American literature at the City University of New York, set off a debate in his home country with his book Los Cárteles No Existen (The Cartels Do Not Exist), which argues that violence and trafficking do not threaten the state but rather are central to its operations. While his thesis is controversial, many believe it offers a plausible account of how drug policy is used to make Mexico subservient to US foreign policy.

Melissa Castillo Planas’ A Mexican State of Mind: New York City and the New Borderlands of Culture explores the cultural and creative lives of the largely young undocumented Mexican population in New York City since September 11, 2001. This book is based on ten years of fieldwork in New York City, with members of  a vibrant community of young Mexican migrants who coexist and interact with people from all over the world. It focuses on youth culture including hip hop, graffiti, muralism, labor activism, arts entrepreneurship and collective making. http://www.melissacastilloplanas.com/

Copies of books will be available at the events;  FREE copies by lottery to lucky participants.

Snacks will be provided.